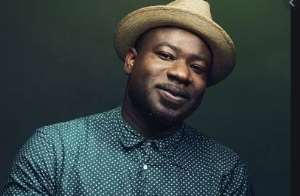 A Ghanaian creative making inroads in Hollywood after the release of his personal movie, ‘The Burial of Kojo’ is filmmaker and musician Samuel Bazawule, popularly known as Blitz the Ambassador.

After gaining a lot of international recognition by directing Beyonce’s ‘Black is King’ visual album, Blitz the Ambassador has inked another juicy deal with the producers of ‘The Colour Purple.’

Blitz Bazawule will be directing Warner Bros' musical film 'The Color Purple', based on the Tony-winning Broadway musical.

The screenplay is being written by Marcus Gardley.

The story depicts the lives of African American families and relationships in early twentieth-century Georgia.

The musical, featuring jazz, ragtime, gospel, blues and African rhythms, has a book by Marsha Norman with music by Brenda Russell, Allee Willis and Stephen Bray.

For those who don’t know a lot about Blitz or might have forgotten about him, here are some facts about the genius:

(3). Blitz is the founder of Africa Film Society, an organization focused on the preservation and distribution of classic African cinema.

He is a Senior TED Fellow and recipient of the Vilcek Prize.

(5). He studied for his bachelor’s degree in Business Administration in the United States of America at Kent State University.