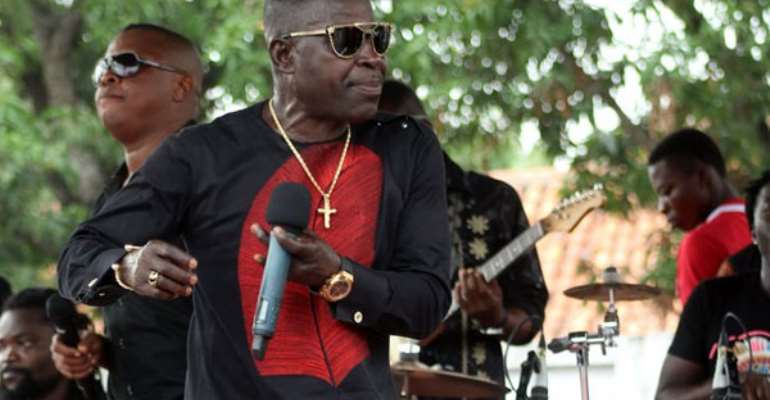 Being organized by SarkCess Music, the event is slated for August 16 and will broadcast live on all social the media.

It will feature performing artistes such as Edem, Shatta Wale, Samini, Kelvynboy and Wendy Shay.

Amakye Dede and other stars meeting on one stage is a clear indication that the event would not only be about music but also a sizzling mix bag of pure entertainment on one stage.

With his excellent showmanship, Amakye Dede is expected to mesmerize music fans with an innovative style that has endeared him to millions of music fans throughout the country.

Amakye Dede told BEATWAVES in an interview that he had packaged his all time favourite and enjoyable songs to be performed live for his dedicated fans that have been part of his success stories over the years.

“I am ready to thrill music fans with all my stage craft danceable hit songs,” he said.

The SarkCess Music rapper, Sarkodie, announced Amakye Dede as the latest addition to an already brilliant lineup, adding that fans can expect the debuting of a new collaboration between them.

Author of an endless list of international hit songs, Sarkodie (Michael Owusu Addo) is expected to treat fans to a thoroughly entertaining set which will include offerings from his latest album after which the event is christened.

Since Covid-19 hit Ghana five months ago, virtual concerts have become widely popular around the world, artistes turning to the medium to entertain their fans.

A lot of Ghanaian stars have staged successful editions. Industry watchers expect virtual concerts to become the norm, and advise organizers to come up with financially viable ways instead of the current free module.