Apraku Death Is Not A Surprise – Ken Agyapong 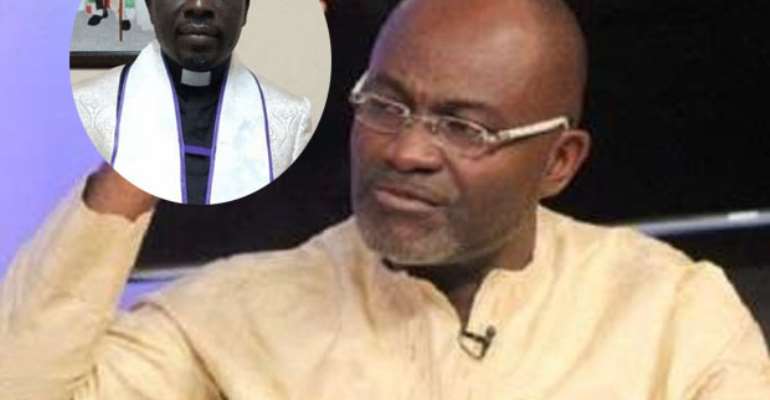 The Member of Parliament (MP) for Assin Central, Kennedy Agyapong, who has sworn to expose fake Ghanaian pastors, has described as unfortunate, the sudden death of Evangelist Emmanuel Apraku, otherwise called 'Apraku My Daughter'.

Speaking on The Seat on Net2 TV on Wednesday evening, he advised other men of God and Ghanaians in general to learn a lesson from the life of Apraku.

Apraku was found dead in his residence at Adom Estates, Kasoa, in the Central Region on Wednesday, May 20, 2020.

'Apraku My Daughter' was once a popular evangelist who gained fame across Ghana through his supposed miracles in his church.

Before his death, a video of him looking drunk, sick and shabby popped up on social media which generated a lot of talks.

It was not clear if he was on social media to see what people were saying about him. But sadly he was found dead in his room at Kasoa.

According to Kennedy Agyapong, though he was not surprised about his death, he does not wish death on anybody.

“I don't hate anybody. I will say the truth till death. Even at the point of death, I will not lie. I will tell you. So let us use what we are doing to learn a lesson. The pastors who don't speak the truthful your end is despicable. At a point Apraku had over 20 cars but look at his end; he was now wearing slippers with swollen stomach… I am not surprised he is dead. Nobody is happy for anybody to die. No that is not what I am saying but I am surprised he used God’s name to deceive people …you see his end today. Anyone who makes his mind to cheat the poor to become wealthy, God will deal with you. I believe in karma. The evil that men do lives after them,” he indicated.