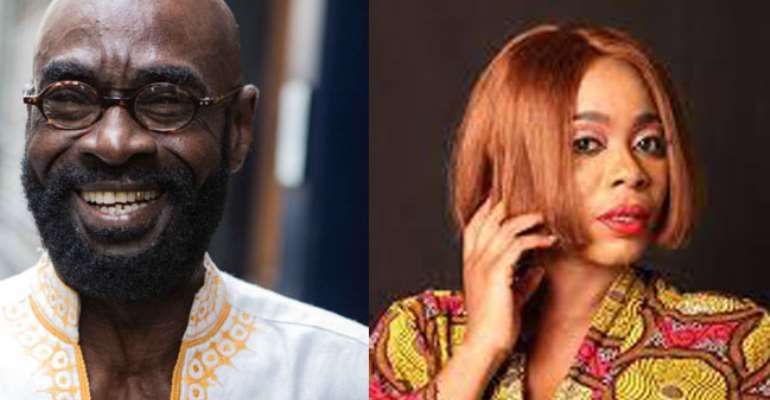 Female Ghanaian R&B and Afro-pop artiste, Susan Serwah Amoakohene, known in the music scene as SSUE, has teamed up with highlife musician, Pat Thomas, to drop a remix version of 'Bome Nkomode'.

SSUE and Pat Thomas are currently in the studios working on a number of songs with Scratch Music and Publishing owned by Kofi Amoakohene.

The song, 'Bome Nkomode', which is a blend of Afro-beats and highlife and produced by Scratch Studios, is a mid-tempo song. It will be released in the second week of April.

Apparently, the video to promote the song is expected to hit all Ghanaian television stations in May this year.

SSUE will be touring some selected radio and television stations in the country to promote the song as well as her brand.

She will also hold a media listening event very soon where a section of the media, including radio presenters, bloggers and DJs will get the opportunity to listen to 'Bome Nkomode' as well as her other singles for the first time.

Since her entry into Ghana's music industry, SSUE has won the hearts of a lot of music lovers, especially in Accra, where she has hosted a number of live musical concerts to entertain her fans.

As one of the few talented young afro-pop and R&B artistes in the country, SSUE is gradually becoming a force to reckon with in the music industry due to her singing skills and stage craft.

SSUE made Ghana proud when she thrilled music fans at a musical event dubbed, “Steel Pulse Live in Ghana Concert”, held at the Accra International Conference Centre (AICC) on March 7.

The well advertised concert saw energetic performances by SSUE who treated music fans as well as a section of music stakeholders to unforgettable live musical performances.