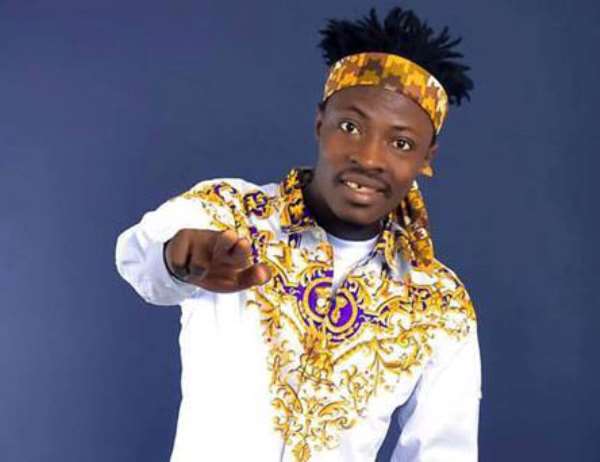 Young Tamale-based afro-pop and dancehall artiste, Fancy Gadam, is set to thrill fans in the capital with a concert at the Bukom Boxing Arena in Accra to officially launch his new album titled 'Dream'.

In what is billed to be a historic event, Fancy Gadam is expected to deliver two hours none stop high-energy performance that would see him entertain fans with all the numerous hits in his repertoire all night.

The event which is being organized by Fancy Gadam and his management team will also witness performances from some selected hiplife, afro-pop and dancehall artistes.

The concert dubbed, “Dream Concert”, slated for March 8, is expected to draw out music lovers in Accra to the venue.

As one of the most-sought-after performers in the Northern Region, Fancy Gadam will be performing to over 2,000 music lovers at the venue.

There will also be other surprise guest artistes who will mount the stage to thrill fans.

“It is a big night for me and I can't wait to entertain my fans in Accra. I'm going to thrill them with things I have never done on any stage, so they should come in their numbers to make the concert a memorable one,” Fancy Gadam said.

The artiste who has had collaborations with popular artistes like Sarkodie, Mr Eazi and Patoranking is a celebrated artiste in the Northern Region and popularly referred to as the 'King of the North' in the music industry.

He has also appeared on many musical concerts held in the country and performed with music stars like Sarkodie, Stonebwoy, Shatta Walea and Samini.