Stonebwoy, Shatta Wale Await Their Fate At The VGMAs 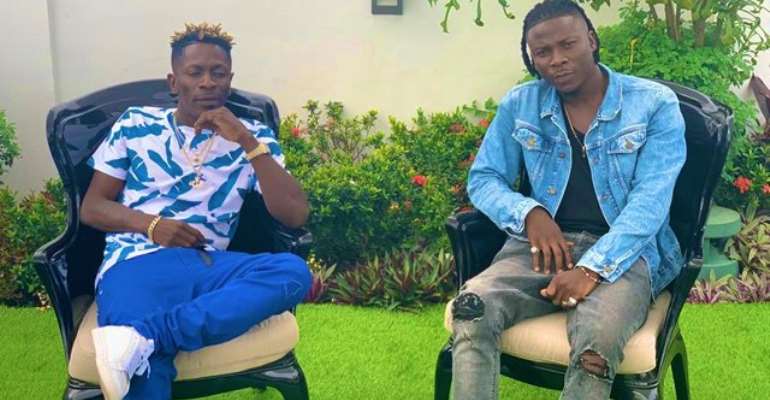 Many have been wondering whether Stonebwoy and Shatta Wale will be part of the 2020 Vodafone Ghana Music Awards, well there is a new VGMA Board that is yet to be reconstituted and will decide their fate.

According to the Head of Public Events at Charterhouse, Robert Klah, the inclusion or otherwise of Stonebwoy and Shatta Wale in the 2020 Vodafone Ghana Music Awards will be determined soon.

The former rivals were indefinitely banned from the VGMA’s after a clash between them marred the event.

Stonebwoy and Shatta Wale were not only banned but were stripped of the awards they won on the night and asked to return the plaques they had been given. The organisers also failed to announce the Artiste of the Year award, in which both were nominees.

As Charterhouse calls for nomination entries for the 21st edition of the awards show, Mr. Klah disclosed that the new board to decide on the duo’s fate will be constituted before the deadline.

He told MzGee in an interview on 3FM that “as it stands, the resolve of the board still holds. When the board reconstitutes, they can decide whether the ban should be lifted or not.”

The deadline for nominations’ submissions is January 31, however, the scheme would keep their eyes out for new works in 2020 that deserves to have nomination form submitted.

“When the board is working and they feel some particular music has done well, they can find out if submissions have been made. If not, sometimes, the Board reaches out to the persons involved just to find out if they are willing to tender in a nomination. These are some of the things that happen in the background.”