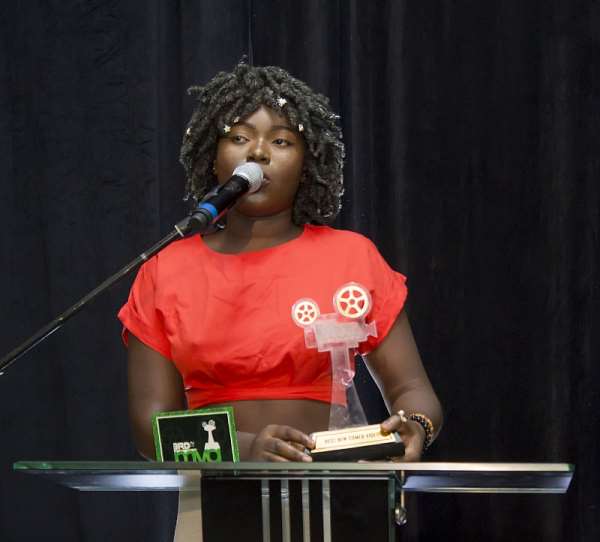 This makes it her 3rd award in 3 nominations just in her 11th month of doing professional Music.

Her versatility is unquestionable because she can do music in many genres very well but her musical strength is in Reggae and Dancehall.

As a young artiste and barely 11 months in her music career, Euni Melo have been nominated in 6 different awards schemes, which includes, Grande earth social media awards where she grabbed 2 out of 5, and currently, the best new act GOME music awards, Emerging music awards winner for Dancehall song of the year, and winning best newcomer video at the 3rd Music video Awards with her single Naakpe as the brightest nominee and greatest performer that night, next award nominations include Talent house music awards and foka facebook awards yet to be staged.

Her style of singing is compared to none and in just 11 months she has performed on over 30 programs including, Iwan album launch, Gome Awards, highschool festival, tech play night in kumasi among others, 3rd music video awards and all whites party where she performed with dope nation and rudeboy ranking.

Plying her trade in the dancehall genre, she has about 11 released singles and preparing to release her maiden album titled Melodies to melo.

Euni melo is currently the youngest female artist in the reggae dancehall genre rubbing shoulders with all the big names in the game.