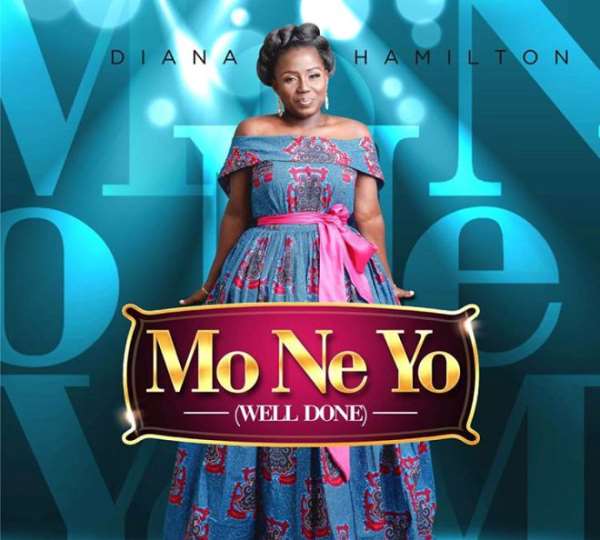 Some people were born with golden spoon in their mouths, but the multiple award-winning female gospel diva Diana Hamilton has told Pendream TV that her beginning was rough.

The ‘’Mo Ne Yo’’ hit maker until this interview, Ghanaians saw her as someone who has never seen poverty or gone through any suffering ever in her life, but she’s disputed that fact and has gone ahead to tell her story to the world.

In the interview where the host of Gospel Corner on Pendream TV, Stephen Kenneth Nakujah asked her whether she has ever seen poverty before rising to stardom.

Diana Hamilton replied, "some people were born with golden spoon in their mouths, I am not part of those people. I always say one thing, if you come from a home where there is love, these things don’t matter. Yes, you might have gone through it. I have sold Ice Water before, I have sold Second-hand clothing before, I have gone to the extent of gathering my own clothing and sold them on the street before. I used to be a student of Morning Star but I sold Second-hand clothing at Kantamanto. At the time, I was the backing vocalist of Elder Francis Adjei the 'God You So Good' hit maker. I was very young when I started selling pure water on the streets of Kumasi. Not the recent pure waters we are seeing out there oo, I mean at the time where you would have to fetch the water from a container with a cup before coming to sell what Ghanaians used to term as ‘’Opanyin de Panyin’’ before

The W’asem hit maker continued that, "I have gone to get firewood for house use before, I bring them home for my Grandma to prepare food for us. I have gone through a lot. Yes I was the daughter of Apostle F.E Antwi who was by then an Overseer of a local District in the Church of Pentecost. Things were tough in those days. He was later transferred to Sierra Leone as a Missionary for six years and because we couldn’t have followed him to the place, he left us with our Auntie at Kwashiman. It wasn’t easy at all but in all, God showed us mercy through prayers. But as I had already said, when you are in a happy family, some of these things, you won’t even notice. And again, I am not saying this to make people feel pity for me but to let people understand that the God who helped us over came all these hard times made it happened for a reason. But in all, God has been faithful to us."

No wonder the gospel icon Diana Hamilton is out with another banger and award winning song titled ‘’W’sem’’ literally meaning ‘’Your Word’’ referring to the fact that, God is the Final Sayer in all aspect of our lives. The song was released three weeks ago and is already making waves all over Ghana and beyond. Diana told Pendream TV the song is part of an album that is still waiting to be released anytime soon.

You can get the song to download on all the internet music shops and can also subscribe to her YouTube channel Diana Hamilton Mins for the beautiful video clip of ”Wasem”. The video was shot and directed by the ubiquitous McWillies.

Diana Hamilton is produced and managed by Mr. Kind David