Obofour Must Be Arrested Over ‘Wee’ Miracle — Hot FM Presenter 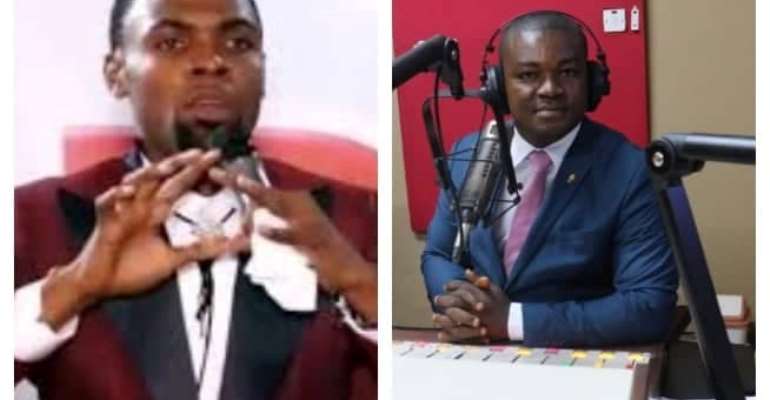 The host of ‘Maakye’ on Accra-based Hot 93.9FM, Boamah Darko has called for the arrest of popular man of God, Rev.Obofour for forcing a man to smoke marijuana (wee) in Church.

It would be recalled that Rev. Obofour who is the founder and leader of Anointed Palace Chapel together with Bishop Badu Kobi of Glorious Waves International were invited to the church of another popular Ghanaian preacher Abruku Abruka for a three days restoration programme.

During Rev. Obofour’s time of the programme, he asked if anyone in the Church auditorium had marijuana and astonishingly, a man stepped forward with a small box containing one roll of wee.

The controversial Pastor asked the man to light the hard drug and smoke for him to verify if it was truly ‘wee’ so he could deliver him from the smoking habit.

To the chagrin of the congregation, the man obliged by smoking the banned hemp in the Church.

Speaking on the weird miracle that has got people talking on Social Media on his show, Boamah Darko without mincing words called on the Ghana Police to arrest Rev.Obofour immediately.

According to Mr.Darko, Rev.Obofour can not in the guise of making miracle force someone to smoke the banned hemp in public.

The ‘Maakye’ show host emphasized that if multiple award-winning presenter Countryman Songo, Popular musician Kwaw Kese were arrested for smocking wee, nothing should prevent the police from arresting Rev.Obofour, together with the man who smoked and Pastor Abruku Abruka.

Kindly watch Boamah Darko in the video below: