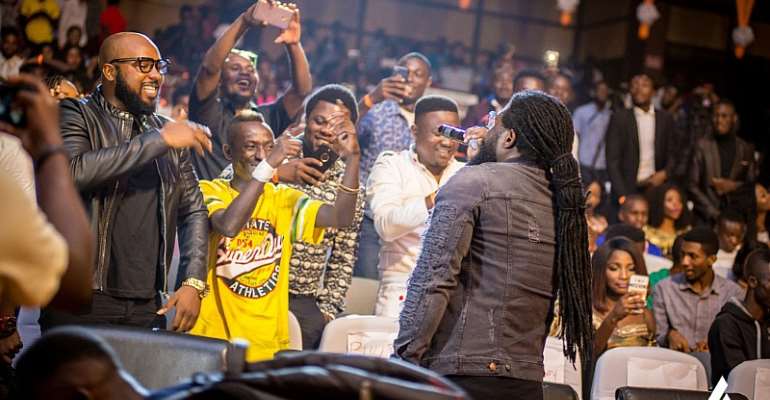 A scene from last year’s event

Merqury Republic Events has announced that this year's edition of the awards ceremony will take place at the National Theatre in Accra on November 2.

The awards scheme is an exciting event designed to foster the development of the Ghana music industry by rewarding and celebrating radio, mobile and club disc jockeys (DJs) who have excelled in their fields of endeavor.

This year's event ‒ which is being sponsored by electronic giant LG Xboom, Special Energy Drink, Melcom, 24/7 Boutique and Brain Wise ‒ is expected to attract Ghana's top performing artistes, DJs, stakeholders in the music industry and a cross-section of music lovers.

It is under the theme: 'Party In Ghana'.
Since its inception in 2012, the awards scheme has hosted a number of talented local and international DJs, as well as performing artistes on its platform.

It has consistently remained as one of the premier music festivals in Ghana and Africa, welcoming thousands of concert goers every year.

It has also received great reviews and massive endorsements from industry stakeholders through its pub activations event dubbed 'Pub Fest', which has visited over 60 major pubs across the country.

Previous ceremonies have witnessed performances from some international DJs such as DJ Neptune, DJ Jimmy Jatt from Nigeria, DJ Diva Lash from South Africa, DJ Nash from France, DJ Kofi from UK, among others.

Speaking in an exclusive interview with BEATWAVES yesterday, the Chief Executive Officer (CEO) of Merqury Republic Events, Merqury Quaye promised patrons that this year's event would be different and historic, adding that it would bring together the best of home-based and international DJs to celebrate the event with music fans.

He mentioned that this year's award winners would take home exciting prize packages, in addition to a designed trophy which would be presented to them at the awards ceremony.

“We also have a surprise package and giveaways from our sponsors for all music fans who will attend this year's event,” he added.

With over 25 award categories, including lifetime achievement award and best international DJ of the year, the scheme is expected to draw DJs from across the country and beyond for awards and recognition.