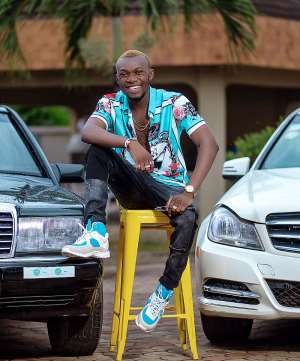 One of Ghana’s talented artistes, Akaateba Christopher known in showbiz as Teflon Flexx, who is based in Tamale has cautioned his colleague artiste, Fancy Gadam, to support young artiste in the North.

In an interview on GHOne TV, Teflon Flexx shared his concern on the state of Northern Music Industry. He said, “ There are a lot of great talents in the north but they have been neglected by the mainstream artists. A mainstream artist like Fancy Gadam is not supportive enough to the underground musicians in the north”.

The song espouses how he is deeply in love with his woman and the extent of what he will do to protect the love.

He has recently dropped a new tune dubbed

ESKEBELEBE’ which featured Dopenation and was produced by twist of Dopenation

Teflon Flexx dominated the media space after putting up a splendid performance at the Total Shutdown concert at the Bukom Arena in Accra hosted by Maccasio.

‘ESKEBELEBE’ is available on all online music shops.