Bullet Has Refused To Send Me My Daughter's Songs — Starboy Kwarteng 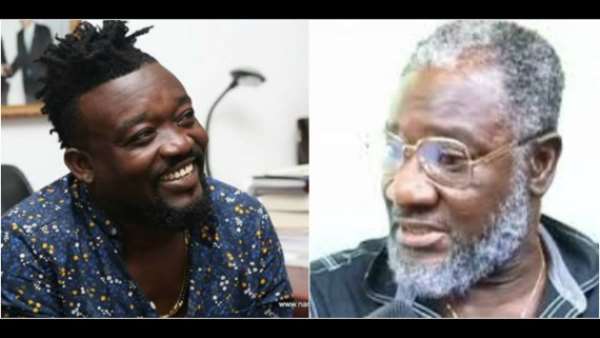 The father of the Late Ebony, Nana Opoku Kwarteng has said in an interview why up till now he has not received a single song of her late daughter from Bullet.

According to the man who demand the songs of his daughter from Bullet earlier this year said Bullet doesn't want to give him the songs.

In an interview with Offei Wonuanie on Radio 1 ' Entertainment Today' Starboy said after Bullet promise to give him the unreleased songs of Ebony, he has never heard from him.

"I have not receive a single song from Bullet, he promised to give me the unreleased songs of Nana Hemaa when we meet at MUSIGA office, but since then I have never heard from him", he said.

Starboy added that it could be that Bullet is giving the song to his signed artist (Wendy Shay and Fantana) to perform, that he is not sure.

" He failed to give me the names of Nana Hemaa's unreleased songs, I'm not sure but maybe that is the songs his artist are performing ", he added.

Nana Opoku Kwarteng stated that he is fighting to ensure everything that is due his daughter goes to his daughter.

He explained in a recent interview that his daughter worked very hard so he won’t sit and watch her labor go in vain.

“I’m only trying to get Nana Hemaa what she deserves. Everything I am doing today is in her interest because she worked so hard for this and it is my responsibility that her hard-work doesn’t be in vain,” Nana Opoku Kwarteng added.

Ricky Nana Agyemang aka Bullet, the CEO of Rufftown Records was the artist manager who discovered Ebony Reigns and nurtured her to success.