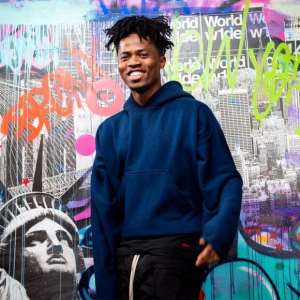 Kwesi Arthur’s recently released the Live from Nkrumah Krom vol 2 EP and it has become the first African album to set a record on Spotify and Apple music.

The new album according to Spotify and Apple music has been able to get over 2 million views in just the first week that the album was released.

And this is the first time a Ghanaian African musician have reached such a milestone.

The rapper took to his Instagram page to announce the good news to his followers.

The “Woara” hitmaker posted: “Look at grace!! thank you all! We released this tape with no expectations and no targets but to reach the people with good music! It humbles me to know that it is connecting with more and more of you everyday! Thank you!! #LFNKII”