I'm Yet To See A Branded Artiste In Ghana - Yaa Pono 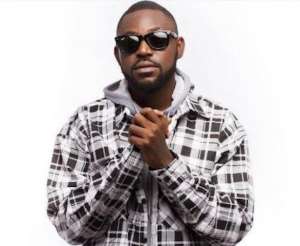 Ghanaian Rapper Yaa Pono has stated that he is yet to see branded artiste in the Ghanaian music industry.

Speaking on Daybreak Hitz on Hitz FM, the Yaa Pono stated, “from my experiences, outside Ghana, being on their shows, I don’t see anyone really branding in Ghana.”

The artiste revealed because of the lack of branding systems, he decided to create something unique for himself so that he will not be tagged as living under somebody’s shadow.

According to Pono, a lot of the people he started the music journey with became hits before him but he did not lose hope.

“I am proof for those are struggling and always being the proof of hard work is my subject,” he told Andy Dosty, host of the show.

Yaa Pono added that many people are amazed he can pull about 12,000 people when play shows outside the country, and still support other young artistes.

The rapper added he has grown not to care about awards or complain about anything in the industry.

He also stated that the awards schemes have boards that make decisions hence if the boards choose who gets which award, he should not be bothered.

“I have my company and I know how it works, so my job is to get in the studio and do what I do best,” he stated.

He urged young artiste to never give up and always work to push up their dreams.

Yaa Pono will be playing at the Hitz 103.9 FM SOLO Concert.

The concert is all about getting up close and personal with the artiste. Fans will be allowed to interact with Yaa Pono and ask as many questions as they want. 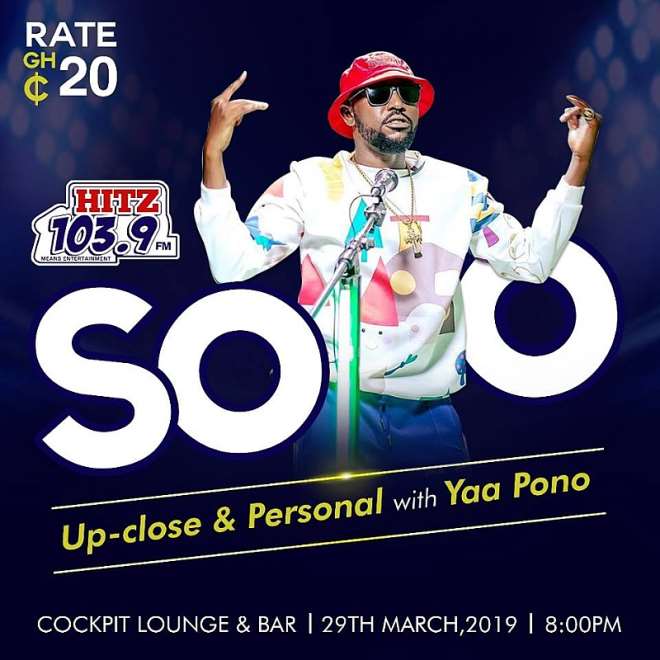