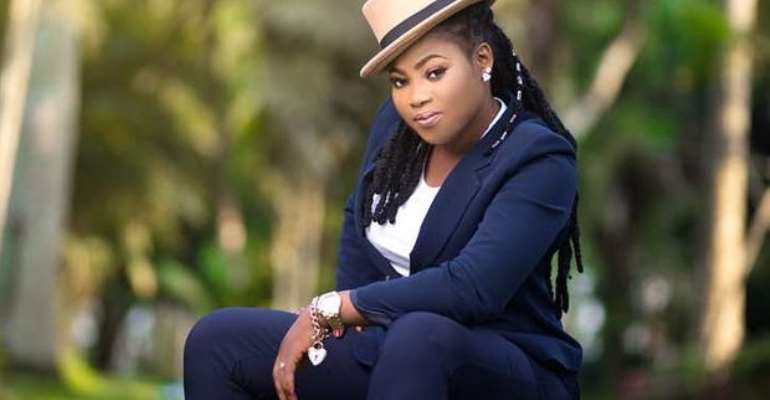 Popular Gospel Musician, Joyce Blessing has stated that her mission on earth is to win souls into the Kingdom of God at any cost even to the extent of playing her music in night clubs.

The “Repent” hit maker said in an interview with show host of Rythymz Live/ Ghone TV Regina Van Helvert that, “sometimes we have to go to the extreme to win souls for Christ. I have played my songs in night clubs just to draw people’s attention to God.” She stated.

When asked why she had to do that, she explained that; “God loves everyone and does not discriminate so who am I to do that? I can’t judge the actions of anyone I can only help them through preaching the gospel”.

Regina probed further by asking her if she would consider herself as a pastor. Joyce replied that she preaches the Gospel through her music and as a result she would say she is a Preacher.

When asked about her relationship with her colleague musicians who sing circular songs, she answered by stating that they are all her friends. “I Love all my colleagues in the music industry, be it Shatta Wale, Stonebwoy, Sarkodie just to mention a few. I have a close relationship with them and I don’t discriminate amongst them because I’m a gospel musician. We all have a choice in this life and you must respect everyone for their choices even if you don’t agree with it”.

The singer also added that Christians must be vigilant as there are lots of fake prophets in town. She added that “by their fruits you will know them, just as a mango tree cannot produce oranges, a fake pastor will not produce fruits of the spirit. We just have to extra vigilant so that we don’t fall victim to these fake prophets.”

She finally added that she will be hosting her upcoming concert dubbed “Unbreakable“on the 10th of March 2019 at Kumasi. The concert will be officially launched at Kumasi and will later be transferred to Accra for her fans in Accra to also have the opportunity to attend. Joyce is calling out to all her friends and family to come and support her for the upcoming program.

‘Flouters Of Ban On Public Gatherings Will Be Dealt With’ – ...
55 minutes ago