No One Was Raped At Flavour's Concert – Nigeria Police Declare 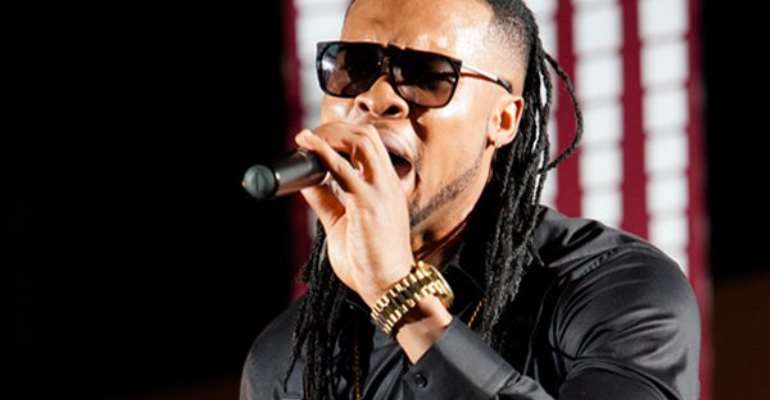 The Enugu State Police in Nigeria, Wednesday, dismissed reports that at least 20 ladies were raped at a musical concert, which featured music star, Chinedu Okoli, popularly known as Flavour.

The concert, which was held at the Michael Okpara Square, Enugu on Saturday, ended with news circulating in the media that 20 ladies were raped.

However, spokesman of the Police in the State, SP Ebere Amaraizu told Daily Post that neither the State command headquarters nor any of its divisions had received a complaint from anyone alleging rape.

Amaraizu, who wondered how the news was generated, said mischief could not be ruled out as those behind the story must have had an evil intention to put terror in the minds of the law-abiding members of the public and also paint security operatives, the State Government and the organizers in a bad light.

“There is no reported case anywhere in the Enugu State Police command. We don’t have any incident arising from that event; whoever that has any should come forward, and we will look at it.

“That event was organized by Flavour as a way of giving back to the society because he grew up here in Enugu.

“We don't want a situation where people sit down somewhere and manufacture stories because he who avers must also prove.

“You even begin to ask yourself, those people that quoted the number of the rape victims as 20, how did they count? Does it mean they were following the rapists around taking the data? Or the victims were assembled at one place and raped? Who are these victims?

“So, people cannot just sit down and say 1000 persons have been raped whereas there is no evidence to substantiate that. People are just abusing social media because I understand that someone just tweeted it and it began to spread,” he stated.

While noting that “the handiwork of mischief makers cannot be ruled out”, the PPRO further stated that “these are people who are always there to cause panic in the minds of law-abiding residents of the State, to cause terror in their mind and to rubbish the good work being done by the security agents and the State Government.

“So, as far as the command is concerned, we do not have any reported case of rape arising from that event or after the event. Any person who has any claim, on the contrary, should come up with it and we will take it up from there.

“It is quite lamentable and disgusting for people to wallow in such imagination and feed the public with it.”