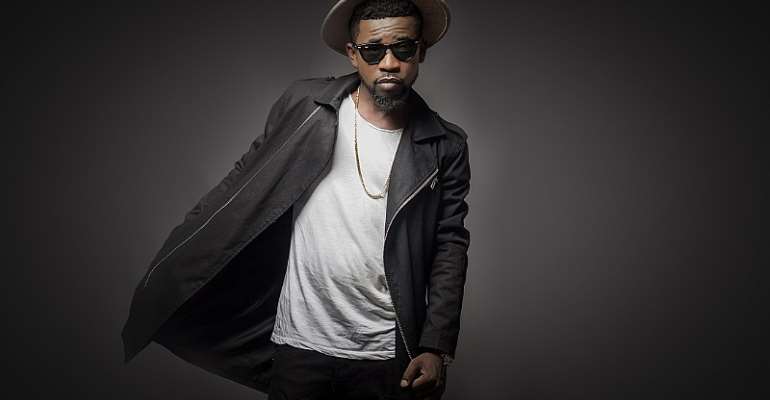 Before you get any ideas, this piece is not ‘soli’-induced, and it is definitely not promotional. This, my brothers and sisters, is fact!

Bisa KDei is virtually whipping the behinds of all the highlife-making artists who are doing their best to put the genre back at the top of the log of Ghanaian music.

Honestly, 2015 has seen the resurgence and total dominance of highlife music over anything else: argue about it all you want but that’s another fact.

The likes of Becca, R2Bees, Gallaxy, Ofori Amponsah plus some other chart-topping artists have done very well to keep the genre buoyant this year but, one person who has held the fort and has remained quintessentially highlife in making the genre look good is Ronald Kweku Dei Appiah.

Impressively, since bursting unto mainstream with ‘Azonto Ghost’ in 2012, a song which annexed several awards, KDei has remained very consistent and relevant till now.

The hit songs produced for him and other hit features/collaborations since his emergence in 2012 is countless.Obrafour, Sarkodie, Kwaw Kese, Efya, D Black, Keche, M.anifest and many others, have all been blessed with tracks, no, hit songs from the guy, who also is also a renowned producer.

This year, Bisa KDei has worked; he has indeed worked, just like all the other years and he is still working.

He is enjoying massive recognition for one of the best songs produced in 2015, ‘Mansa’ and even at the time the song is trampling on all others on major music charts shows across the country.

Even when the song is still enjoying massive airplay, he releases another highlife tune, ‘Brother Brother’, which has everything highlife in there.

This year, he has helped produce and also featured on several bangers including ‘Diabetes’ from Keche, ‘Pimpinaa’ from Obrafour, ‘Krokro No’ from Sista Afia, plus new ones with Becca, Donzy and M.anifest.

Hold on; Bisa is not all about singles; he is about albums too: ‘Thanksgiving’ and the yet-to-be-released ‘Breakthrough’ album are the testament of a true artist.

‘Thanksgiving’ had a plethora of hit songs such as ‘Metanfo’, ‘Azonto Ghost’, ‘Odo Carpenter’, ‘Baba’ and ‘Over’ whiles the ‘Breakthrough’ has ‘Mansa’ and the recently-released, ‘Brother Brother’.

Bisa KDei is a very good artist and producer but he lacks one thing, one imperative element that could make him a consummate artist – his stagecraft.

His stagecraft sucks big time and he together with his Black Legendary Music label must work on getting him to sound and look overly enthralling on stage and wow any audience.

Surely, 2016 VGMA would be highly competitive but one person is sure to lead the pack, not only in the highlife categories but in all other relevant categories and that is Bisa KDei. Believe the hype!

Enjoy his latest music video below...