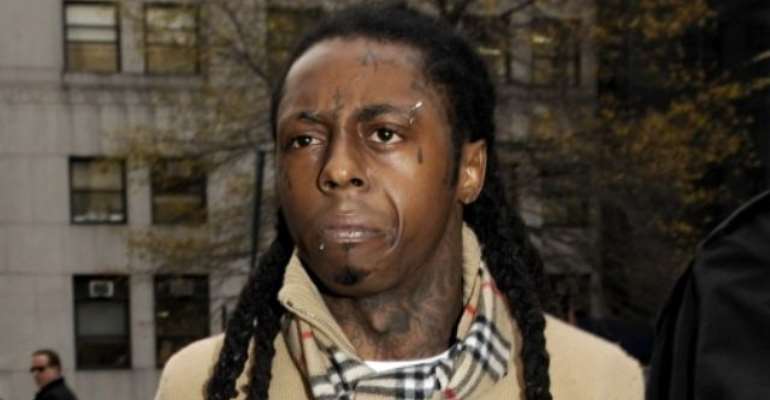 Lil Wayne wants his fans to know that his spirit and love will "never be confined to prison walls."The Grammy Award -winning rapper's message was posted Friday to his new Web site. He was sentenced in March to a year in jail for having a loaded gun on his tour bus.

The 27-year-old says he's in good spirits and thinks about his four children every day. He says: "I just hope my love and adoration for them provides a temporary bandage on a wound I unknowingly inflicted on them."

Lil Wayne also says he'll be blogging soon for ESPN . But ESPN the Magazine 's Editor-in-Chief Gary Belsky (behl-SKEE') says there are no plans for him to blog at the moment.

Lil Wayne says he'll be reaching out to fans through his Web site every week.

His " Tha Carter III" was the 2008 best-selling album and won a Grammy for best rap album.