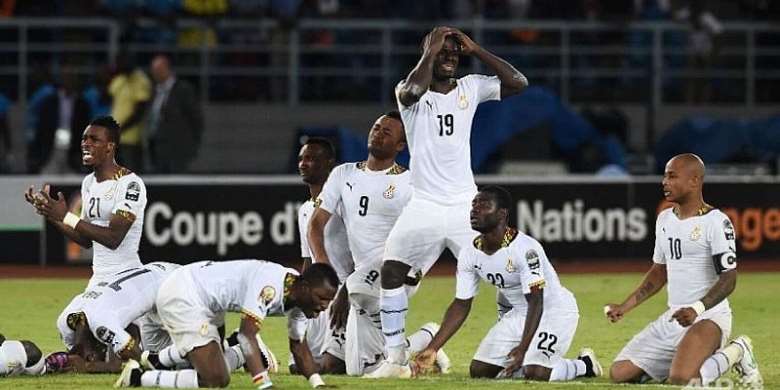 Former Ghana international Joe Addo has criticized successive managers of the Black Stars for the team’s failure to win the African Cup of Nations for the past 38 years.

Addo who was part of the Black Stars squad that was kicked out of the 1994 Africa Cup of Nations in Tunisia spoke on a number of issues that has affected the Black Stars since the team’s triumph in 1982.

The former Hearts of Oak international relations officer who appeared on the Joylink on joy FM singled out Abedi Pele for praise, insisting he is the best ever person to lead the Black Stars as Captain.s

He stressed that, managers of the Black Stars failed to fulfil many of their promises to the players, leading to lots of mistrust in the playing body.

“Our major problem were our administrators. They made a lot of promises that they did not fulfill. When we were in camp, the sports minister and GFA president and the likes used to come to camp and promised us money if we win particular games but the money never came.”- Joe Addo said.

Addo added that the players were made to buy their own tickets for matches incolving the Black Stars, and never got reimbursed eventhough they were promised payment.

“Those times when we were coming to Ghana from abroad, we paid our own tickets. They used to tell us to come and they will reimburse us but they never gave us that money.”- he added.

Lamenting on the unprofessional management style of the team, Joe Addo said even when the team was kitted by Adidas, the players never got to wear them, whiles officials of the team wore them

“I remember taking a look at the Norwegian women’s team coming from their team bus and realized that they were wearing the same uniforms, the same sneakers and all that. In our team, you wear anything you have.The funny thing was we were all sponsored by Adidas.”

Joe Addo played 44 times for the Black Stars of Ghana, and represented Ghana at the 1996 Atlanta Olympic games.

He also play for many German Bundesliga sides, before his retirement in the US were he played clubs including Metro Stars, Tampa bay Mutiny and Kitchee.