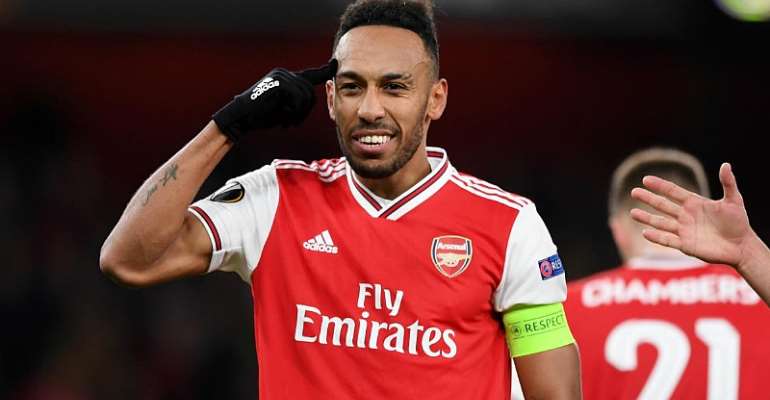 Real Madrid have made Pierre-Emerick Aubameyang a 'great priority' this summer as they step up their pursuit of the Arsenal striker.

The Spanish side have struggled to fill the attacking void left behind by Cristiano Ronaldo since he departed the Bernabeu for Juventus in 2018.

However, Zinedine Zidane believes he has identified Aubameyang as the ideal replacement with the Gabon international stalling on a new contract at the Emirates Stadium, according to Spanish daily Sport.

They also claim that the striker has 'asked to leave this summer' and many clubs have been keeping tabs on his situation in recent months including Barcelona, Inter Milan, Manchester United and Paris Saint-Germain.

Aubameyang only has one year left on his current deal and Madrid believe they can land the striker for £44m.

Since joining Arsenal, the 30-year-old has fired in an impressive 61 goals in 97 appearances.

But with the Gunners struggling to be able to qualify for next season's Champions League his future is highly in doubt at Mikel Arteta's side.

Inter Milan's highly-rated Lautaro Martinez had been high on Zidane's list of attacking options but interest has cooled in the Argentine who is keener on a move to Barcelona.