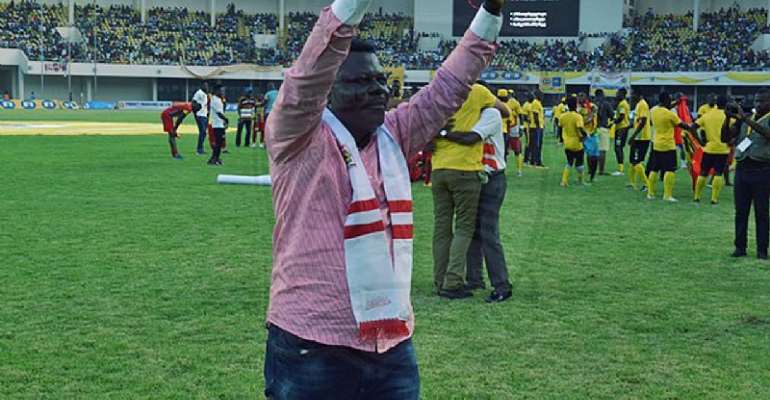 Mr Edmund Ackah, a former management member of Asante Kotoko has taken Executive Chairman of the club, Dr Kwame Kyei to the cleaners, accusing him of messing up the club.

According to the former Accra Representative of the club, Dr Kwame Kyei is the main individual behind the club's problems for the past years describing him as an autocratic leader.

Asante Kotoko have lost several legal tussles which have resulted in the hefty fines under the current administration of the club.

"He single-handedly contacted Zachariassen, lodged him at a hotel at East Legon before handing him over to George Amoako and Nana Kwame Dankwah.

"Even on CK Akonnor's issue, he insulted us(management) when he sought our opinion, after agreeing with CK to pay him off at GHc 50,000 Dr Kwame Kyei said he will only pay GHc20,000 and now Kotoko have to pay over billion whose fault is it.

"You mention laws of the game on issues to him, then he [Dr. Kwame Kyei] start spewing that there's no need for the laws

"People accuse me of being George Abege but have forgotten to also acknowledge me for Justice Blay who is being hailed now.

"The only role I played was to get a contact in Kenya for the team so they contact officials of Kariobangi Sharks.

"Nobody should blame anybody for the Financial losses, he's the problem, not anybody," he added.

Asante Kotoko have been given May 10 to pay a heavy fine to Esperance or face a possible relegation from the Ghana Premier League.