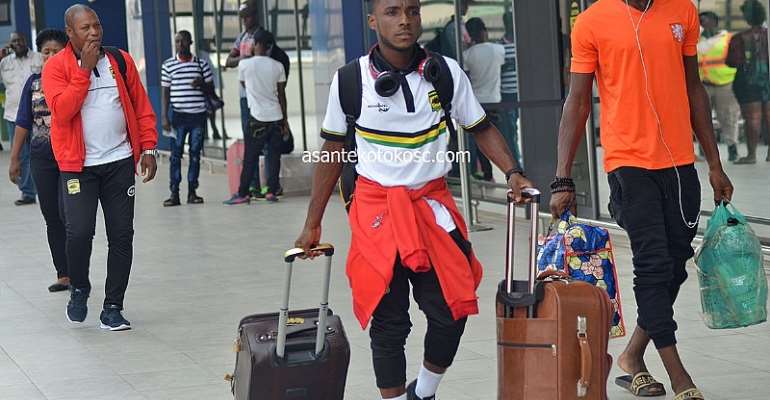 Asante Kotoko winger, Maxwell Baakoh says his biggest aim is to win an African trophy with his side.

The 23 times Ghana Premier League champions have failed to make an impact in Africa competitions.

Under the regime of CK Akonnor as the head coach of the club, the club failed to make it to the next round of the CAF Champions League.

In the CAF Confederations Cup, the team also failed to qualify for the next round of the competition.

Kjetil Zachariasen who was hired from Ashgold also failed to qualify the team to the next of the CAF Champions League and the CAF Confederations Cup.

However, according to Baakoh, should the team qualify to play in Africa next season, the team must go all out to the finals of the competition.

"I want to win African trophy for Asante Kotoko either Confederation Cup or Champions League,” he told Light FM.

“If next season we get the ticket to play in either competition, we should go all out to the finals.

“I want to leave a legacy there that this squad won an African trophy for the club, that's the most important thing,” he added.