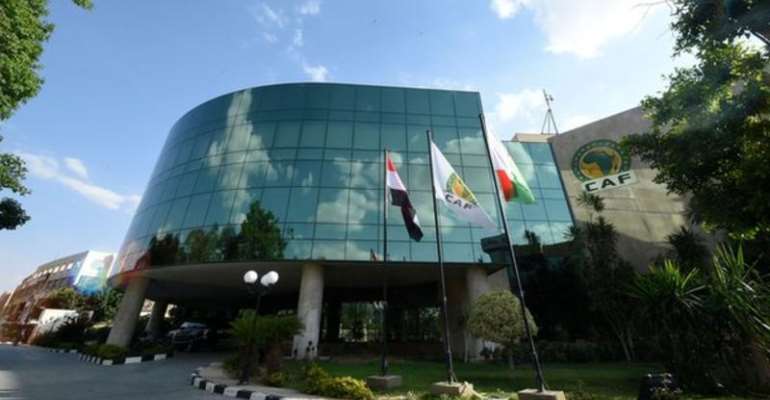 The Confederation of African Football has no plans to cancel any of its forthcoming competitions because of the coronavirus pandemic, hoping it can reschedule all.

This would mean that the next Africa Cup of Nations will still be played in January-February 2021, despite this week's 48 qualifiers being indefinitely postponed.

Meanwhile, great uncertainty surrounds this year's Women's Africa Cup of Nations, a competition which was in trouble prior to the outbreak - with no host selected and the competition earmarked to start in November.

Elsewhere, Caf is awaiting welcome developments regarding coronavirus prior to rescheduling dates for both Africa's leading club competitions as well as the African Nations Championship (CHAN).

"As of today, no competition has been cancelled and there is no plan for that," Acting Secretary-General Abdel Bah said on Monday.

"We are working on different options to reschedule the competitions impacted."

This week should have witnessed the third and fourth of the six rounds of qualifying required to determine which teams will contest the 2021 Nations Cup in Cameroon.

Instead, no football has been played after Caf put all competitive matches on hold following the coronavirus outbreak, which has now reached over 40 African nations.

"We clearly hope that the crisis will be over by August," added Bah, one of few staff to be working at Caf's headquarters in Egypt, since many are working from home.

Caf had scheduled a round of Nations Cup qualifiers apiece in both June and September, by when the 23 team joining hosts Cameroon should have been determined.

The international windows in October and November set aside for 2022 World Cup qualifiers are now likely to give way to the delayed Nations Cup qualifiers.

World Cup qualifying for Qatar would then start in 2021, possibly continuing into early 2022 - with April of that year the current date for the World Cup draw.

With uncertainty surrounding the ends of 2019-20 seasons in Europe and the possibility of shortened 2020-21 seasons too, staging the Nations Cup in January is likely to reintroduce the clubs-versus-country rows that have often preceded the tournament.

In contrast to the next men's Nations Cup, the next women's tournament is fraught with logistical complications and questions.

Even before the coronavirus struck, not one qualifier had been played in a tournament that is not only expanding to 12 teams for the first time but which also - with less than eight months to go - lacks a host.

However, two nations have expressed an interest in staging the event.

"We have received proposals from Nigeria and Equatorial Guinea," said Bah, who became Acting Secretary-General earlier this month after the surprise resignation of Mouad Hajji.

"Caf has asked for additional documents from these two member associations, which we are still awaiting today.

"Basically, for both of them, we have asked for additional guarantees from the highest authorities of their countries."

Governments tend to have to express their willingness to fund major tournaments in writing before Caf hands out hosting rights, with Bah saying 'it could be long' before such documentation arrives.

Congo were originally named as hosts of the Women's Nations Cup, whose first qualifying round had been set for next month, prior to pulling out in July 2019.

Caf had aimed to stage both the CHAN, the tournament for African footballers based in their own leagues, and the decisive stages of its club competitions in April and May respectively.

However, the CHAN - once set to run between 4-25 April in Cameroon - and both the Champions League and Confederation Cup semi-finals and finals, due to take place in May, have all been delayed indefinitely.

"We are still considering different options for the current edition of the inter-club competitions," said Bah.

"With regard to the CHAN, as of today it won't be cancelled and we hope to be able to reschedule it later in 2020."

Caf, which has postponed all activities in March and April, says it is closely following coronavirus' evolution with the World Health Organisation, football's world governing body Fifa and local authorities.