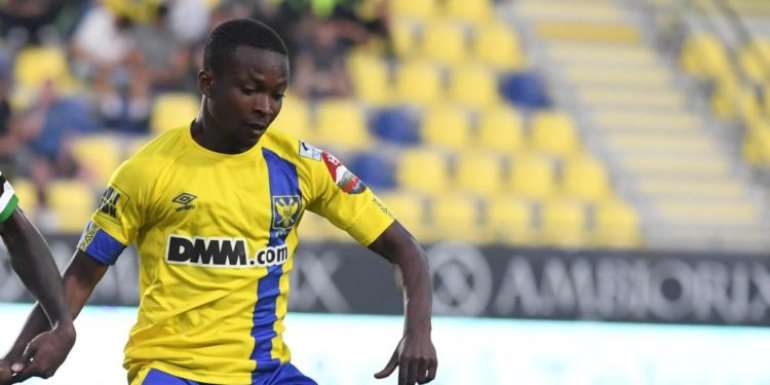 The Sint-Truiden midfielder was ranked in a list of ten most accurate passers of the ball in the Jupiler pro league of which he placed fifth, with compatriot Elisha Owusu placing first.

According to statistics from the Jupiler Pro League, the defensive midfielder has a passing accuracy of 86.79 % and makes at least 50 passes per game.

In the survey conducted on only midfielders in the Belgian league, a list of players who have played more than fifteen games and made over 30 passes per match were selected for analysis.

Asamoah is enjoying a good campaign this season and made the headlines after netting a hat-trick in the game against KAS Eupen. A game that saw the Ghanaian red-carded for displaying ‘Jesus loves you’ beneath his jersey.

Often underestimated, Asamoah has been Sint-Triuden’s most reliable player since joining the club in 2017. He has made 27 appearances this season and has four goals to his name.