I Am Ready To Play For Asante Kotoko, Says Ashgold Captain Shafiu Mumuni 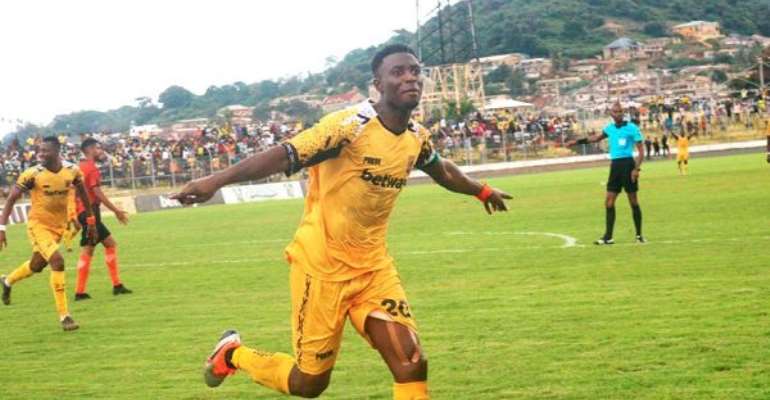 AshantiGold SC captain, Shafiu Mumuni has confirmed that he is ready to play for Asante Kotoko.

The 25-year-old has been linked to the Porcupine Warriors following his fine performance for the Miners.

Speaking to Kumasi FM in an interview, the Black Stars B skipper says an official approach has not been made but he is ready to play for the 23 times Ghana Premier League winners.

“I have heard the rumour in the media linking me to Asante Kotoko but they haven’t been any official approach but I’m ever ready to play for them, it’s a matter of negotiation and whether I will be content with the amount they will offer.”

He also confirmed having trials with CFR Cluj in Romania.

“It is true I went to Romania to have stints with CFR Cluj together with some players from Argentina and Paraguay.

“Everything went on smooth but the FA suspended the league in the week I had to complete the paper works because of the coronavirus pandemic.

“The club president called yesterday and assured he will invite me to complete the paper works whenever the league resumes.

“I still have a contract with Ashgold hence my decision to continue with them when the league resumes,” he added.