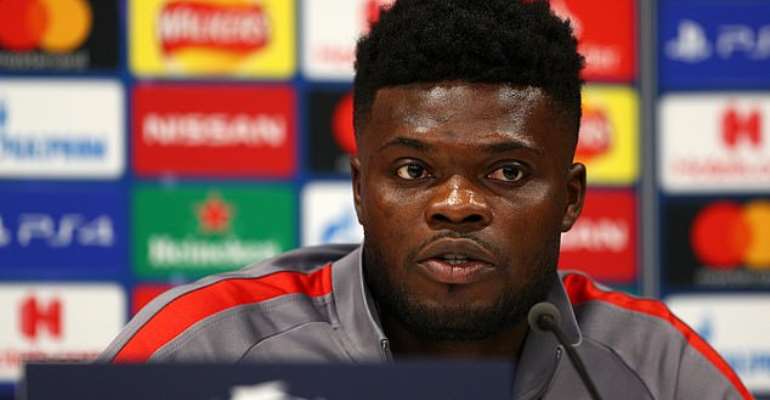 Arsenal are eyeing up a move for Atletico Madrid midfielder Thomas Partey in the upcoming summer transfer window, according to The Telegraph.

Gunners boss Mikel Arteta is said to be impressed with the defensive midfielder and believes Partey will be able to bolster his own team in that area.

The 26-year-old has a release clause of around £42million in his contract, and Atletico could see a great deal of interest from clubs at the end of the season.

Manchester United are among the teams that have been linked with Partey in the past.

So far this season, Partey has made 35 appearances for Atletico Madrid, scoring three goals and providing an assist.

Arteta has Lucas Torreira, Granit Xhaka and Matteo Guendouzi as defensive midfield options but the now-injured Torreira has been linked with a return to Italy and it is highly likely Xhaka will be shown the door.

It is believed Arsenal will need to convince the Ghana international to move to London though with reports claiming he is content playing for Atletico Madrid boss Diego Simeone.

Atletico progressed through to the next round of the Champions League this week by defeating defending champions Liverpool, with Partey playing a key role in both legs.

With Arsenal being dumped out of the Europa League and currently sitting ninth in the Premier League, Champions League football next season seems off the cards, which may make it hard to convince Partey to come to London.