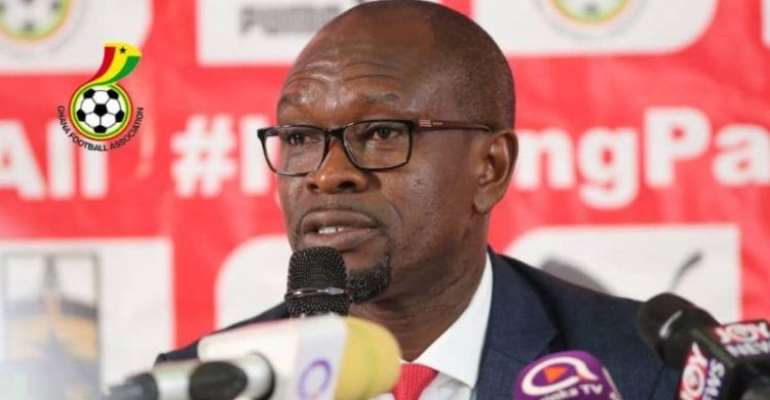 Head coach of the Black Stars, CK Akonnor has vowed to deal with the egos of players within the team.

The egos of Black Stars players have been a problem for the past years with many attributing to the inability to win a trophy over the years.

Mr Akonnor has named his first call up for the 2021 Africa Cup of Nations qualifiers against Sudan with the inclusion of four local players.

Addressing the media on Tuesday, Sports Editor of Modernghana.com, Samuel Ekow Amoasi Appiah asked the former Kotoko trainer how he will deal with players egos at the camp of the team.

He said, "Whatever happened in Brazil is gone but that is why I’m a manager and as I told you, one of the things discussed was mainly off the field issues so it’s been part of it, no doubt.

"Definitely, they embrace the truth that there must be a change.

"I’m looking forward to [meeting] them. When they get here, we will see how it goes but everything is under control," he added.

It would recall that following Ghana's exit from the 2014 FIFA World Cup in Brazil, the Black Stars players were accused of not being patriotic enough but always thinking of individual glory.

Ghana will host Sudan at the Cape Coast Stadium on March 27.

In three days time, Ghana will jet to Omdurman.

Four Reportedly Killed In Robbery Attacks In Kumasi
55 minutes ago