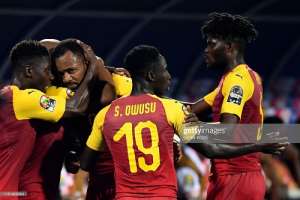 Charles Kwablan Akonnor head coach of the Black Stars has cautioned players that he will not tolerate indiscipline in his team.

Akonnor has named a 23 man squad for the 2021 Africa Cup of Nations qualifiers against Sudan.

Over the years, it has been reported that Black Stars players invited to the team seem not to comply with the laws and regulations at the camp of the team.

According to him, only committed and discipline players will be invited into the national team.

"I would not tolerate indiscipline players in my team,” CK Akonnor said, as quoted by the Ghana News Agency (GNA).

“Aside discipline you must be also committed to the cause of the national team to merit a place in my squad.”

The former Hearts of Oak and Asante Kotoko boss explained that players require discipline to adhere to his tactical instructions.

He said he aims to change the attitude of the Black Stars players, adding that things will henceforth be done the right way.

“I want players who are disciplined and adhere to our tactical play. One of the things I want to do is to change the attitude of the players.

“There are things that we have done in the past and doesn’t look right and these things must change," he added.

Ghana will host Sudan at Cape Coast Stadium on March 27, with the reverse fixture in Omdurman three days later.