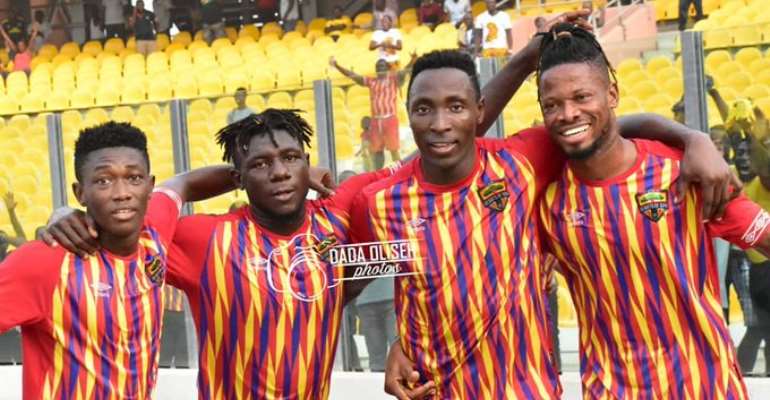 The Ghana Premier League match week 11 will enter into a midweek phase, fans will be treated to some juicy fixtures across the various league centres, Agyemang Badu Park will see two former champions, Aduana and Kotoko lock horns whiles new league leaders AshGold will host Dreams F. C amongst other matches to be played.

The Nana Ohene Ameyaw Park will see Eleven Wonders at home in the second game running as they welcome WAFA to their domain. Eleven Wonders FC were victors over King Faisal and will look to continue that feat against WAFA FC. Both sides have clashed three times, home side by far the more dominant winning two and the away side only one from three duels. The two sides are on opposites sides of the table, Eleven Wonders sit 13th with 13 points whiles WAFA have notched 15 points and lie 6th.

The Ghana Premier League has a new king, AshGold. The Obuasi based side have collected 8 points from their last five matches losing only one in the process, helping them to the summit with 18 points on the back of drawing Kotoko at the weekend. Dreams F. C are not doing badly per pundits standards, 8th on the log with 14 points as at now. Both have each won of their last three fixtures with the remaining ending in a draw.

Dormaa based, Aduana Stars will welcome Porcupine Warriors Kumasi Asante Kotoko to the infamous Nana Agyemang Badu Park. Kotoko have dominated the home side in the last seventeen(17) matches, winning five (5), Aduana (4), eight (8) have ended in a stalemate. Aduana have ceded their second spot to Kotoko after their heavy defeat at the hands of Liberty whiles Kotoko managed a draw against regional rivals AshGold at the Baba Yara Sports Stadium.

To beat former league leaders, Berekum Chelsea at home may be considered a fluke but to travel far away Medeama SC, Tarkwa and to return to Elmina unscathed is a big achievement,that’s the success story of Elmina Sharks in the last two games. These victories boast them up to 11th with 14 points as they play regional rivals Ebusua Dwarfs languishing at the bottom of the table 10 points from a maximum 30. These two rivals have both won one, and drawn three in the process.

Tema based Inter Allies buoyed by one of the countries most predatory strikers, Victorien Adebayor will play Samuel Boadu’s Medeama men this midweek. Inter Allies and Medeama have each won three of the last nine duels with the others ending in a draw. Prince Opoku Agyemang will be a feared man that needs all the necessary attention when the two sides clash. Inter Allies shockingly beat Berekum Chelsea whiles Medeama will be an injured monster that needs taming. It promises to be an attacking fixture to watch.

The Akoon Community Park will witness 17th placed Karela United play host to a resurgent Accra Hearts of Oak. Karela’s last five games (LDLWL) have been nothing short of dismal picking just a win, losing to Ebusua Dwarfs painfully will be hard to take but playing Hearts of Oak will provide some level of respite knowing that their last three games with the former Ghana Premier League winners have earned them two victories losing only one in the process. Hearts of Oak have been boasted to the 7th position after their lastest home victory against Bechem.

King Faisal rocked bottom after ten rounds of matches moving into the eleventh will need some magic wand to sway matches in their favour picking a minimum of 4 points from a whopping 30 points is not the best for the returnees of Ghana Football. This midweek,they play Legon Cities,who are a position above relegation, there’s been so much media publicity surrounding the club but the returns on the pitch have not yielded results. Coach Goran and his charges need to add up to their 11 points amassed or else go down to the Championship.

Bechem United lost to Hearts of Oak in a rather sad way but a home fixture to Liberty will come crucial for both sides this midweek. Prince Adu Kwabena is a lad in the form of his life,he will need them scoring boots when they play free-scoring scientific soccer lads,who hammered Aduana. Elvis Kyei-Baffour hasn’t disappointed so far, with 6 goals out of 10 not a bad return for the leader of the side. These pair have played eleven (11) times, Liberty (6) , Bechem United (5)

The Dade boys will be at home to former champions Berekum Chelsea, a recent regional conquest with Legon Cities ending in a stalemate. Berekum Chelsea, on the other hand, lost twice in less than a week by a similar 3-1 margin to Elmina Sharks and Inter Allies. Traveling to the capital to play Olympics they have to be at their level best as they correctly occupy the 4th position.