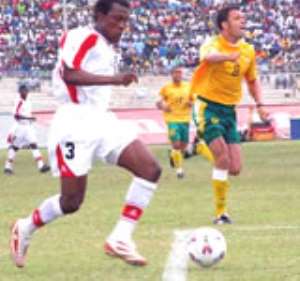 The title is Maccabi Haifa's third championship in a row.

The first was Eric Addo with PSV Eindhoven in the Dutch Eredivise.

Meanwhile, two other Black Stars players are close to winning the championship with their clubs.

In the Turkish Superlig, Black Stars captain, Stephen Appiah's helped Fenerbahçe revive their hopes of a third consecutive Turkish championship after they crushed Galatasaray SK 4-0 over the weekend.

Appiah continued with his fine form scoring the opener for Fenerbahce.

The win knocked off Galatasaray from the top of Turkish Superlig and puts Fenerbahce level with them on 74 points with three matches to go.

You're A Blatant Liar; I've Never Attacked Any Religious Lea...
9 minutes ago