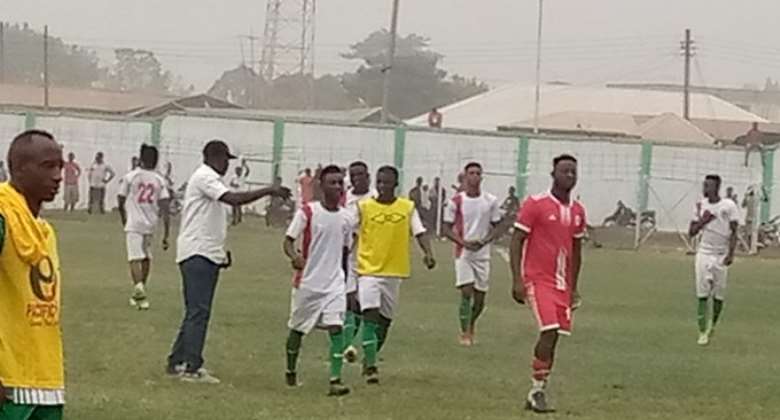 King Faisal remains without a win in the ongoing 2019/2020 Ghana Premier League season after Matchday 10 following their 2-1 defeat to Techiman Eleven Wonders on Friday afternoon.

Alhaji Grunsah’s team went into today’s meeting with a poor record of four draws and five defeats. Already sitting bottom of the standings of the division, the Kumasi-based side was hoping to record a win to boost its chances of climbing out.

Plans by Coach Slaviša Božičić worked to perfection at the start of the match as Osman Ibrahim shot King Faisal into the lead after just 3 minutes into the first half.

An improved performance from Techiman Eleven Wonders after the equalizer forced the away team to do a lot of defending until eventually their defense was breached in added minutes of the first half.

Dangerman for the home team, Musa Sule was presented with a fine opportunity and made no mistake as he converted to restore parity for his side before the break.

A pulsating encounter in the second half was eventually settled by a strike from Samuel Boakye on the 78th minute. That goal shot Eleven Wonders into the lead for the first time in the match, handing the side all 3 points at the end of the 90 minutes.

The defeat has worsened the woes of King Faisal who remains the club with the worst start to the Ghana Premier League season.