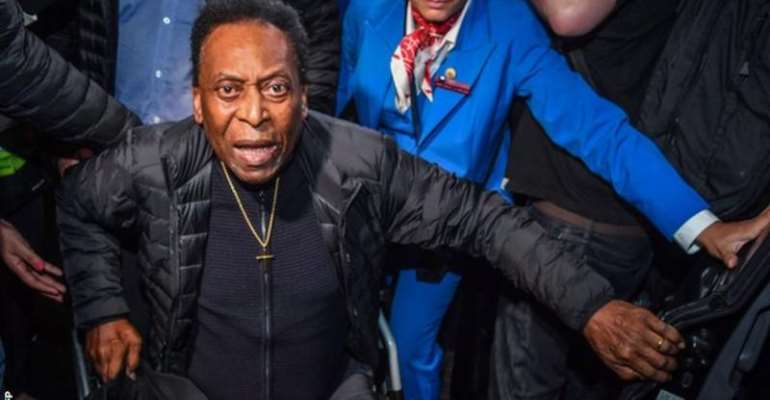 Legendary Brazil forward Pele has spoken for the first time since his son claimed he was reluctant to leave his house, saying his health issues were "normal for people of my age".

Pele's son Edinho said the three-time World Cup winner, 79, was "embarrassed" at needing a frame to walk because of his hip problems.

But Pele, widely regarded as the greatest ever player, said: "I am good. I continue to accept my physical limitations in the best way possible but I intend to keep the ball rolling."

He had prostate surgery in 2015 and was taken to hospital with a urinary infection last year.

But friends of the former Santos and New York Cosmos player have said that this January was one of his busiest in years.

As well as doing photoshoots and sponsorship work, Pele is cooperating with a British director making a documentary about his footballing life.

"I am not avoiding fulfilling the commitments in my always-busy schedule," he added in a statement.

"I have good days and bad days. That is normal for people of my age. I am not afraid, I am determined, confident in what I do."