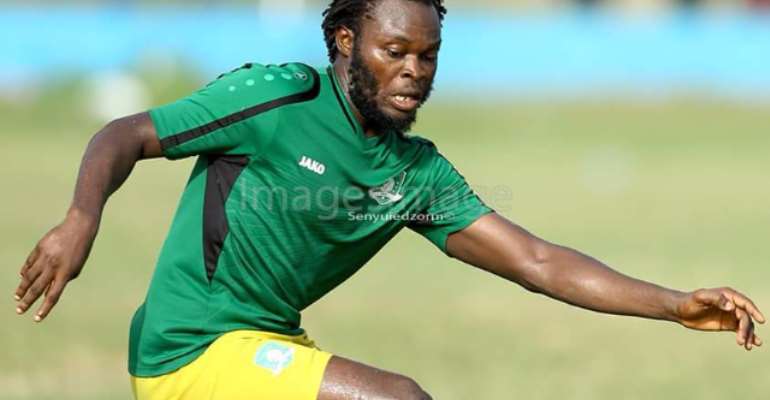 Aduana Stars midfielder, Elvis Opoku says the playing body of the club are more they prepared to help their star boy Yahaya Mohammed with the Golden boot accolade in the 2019/2020 Ghana Premier League season.

The dreaded striker has been in scintillating form this campaign, scoring eight goals in 9 matches.

The former Asante Kotoko goal poacher is being challenged for the Goal king crown by Nigerien striker Victorien Adebayor who has also bagged eight goals in 9 matches.

However, Elvis Opoku who has been one of the standout performers at the club says Yayaha Mohammed has the needed backing of his players to enable him to finish the season as the overall top scorer, adding that the ‘Ogya Lads’ would leave no stone unturned in their quest to win the title.

"We are ready to push Yahaya Mohammed to win the goal-king as well as the Aduna Stars club for the league title,” Opoku mentioned in an interview with Kumasi-based Nhyira FM.