Justice Blay Has Been My Player Of The Season - Kwabena Yeboah 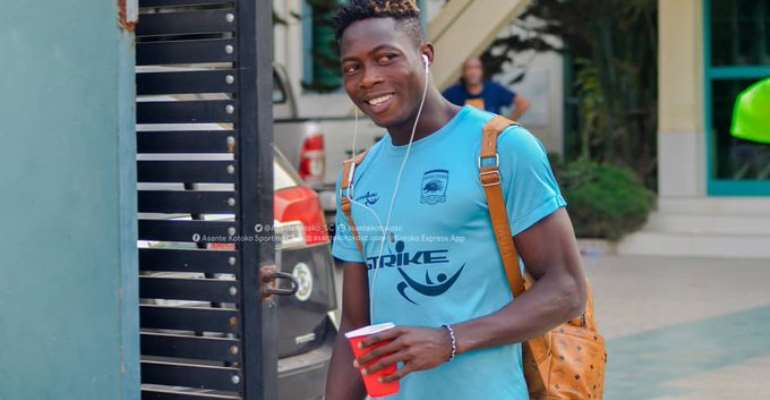 President of Sports Writers Association of Ghana [SWAG], Kwabena Yeboah has touted Justice Blay as the best player in the Ghana Premier League.

The 26-year-old has been sensational for Asante Kotoko in the ongoing Ghana Premier League.

Blay joined Asante Kotoko on loan from Medeama SC.
“Adebayor has been brilliant but Justice Blay of Kotoko has been my player of the season so far. He’s absolutely brilliant.

"When the fans started singing his praise I did not understand until I started taking a very close look at him. And that game against Hearts, he was absolutely brilliant," he told Joy FM.

Justice Blay has featured in all nine games for Kotokothis season, and he’s scored two goals along the way," he concluded.

Asante Kotoko are currently sitting in fourth in the Premier League table with 17 points from 9 games. They’re just behind Aduana, Medeama and Ashantigold on goal difference.