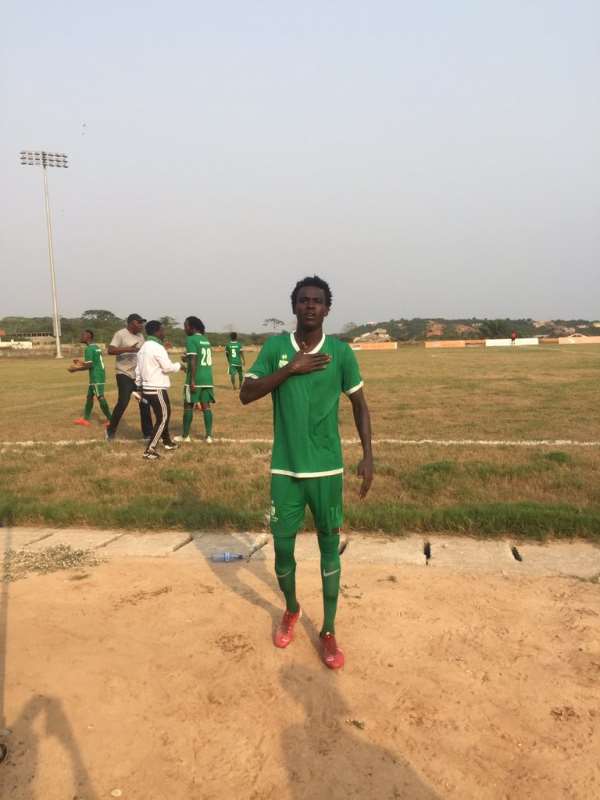 A sensational hat-trick from Bernard Boateng has inspired Elmina Sharks to post an emphatic 3-1 win over Berekum Chelsea today at the Paa Kwesi Nduom Park in the Ghana Premier League.

Nicknamed the Blue, the losers went into today’s encounter as League leaders and as favorites to see off the challenge of the Sharks.

Their plan was however neutralized by the home team who have been fighting for positive results in their last couple of games. Just after 3 minutes into the first half, Elmina Sharks took the lead courtesy a strike from Bernard Boateng.

That equalizer upset the visitors, forcing them to stay alert and compact in a bid to find a way back. Following a good response, Berekum Chelsea finally found a way back as they drew level through Kofi Owusu on the 21st minute.

It took the forward 3 minutes after recess to restore Elmina Sharks’ lead before finding the back of the net again on the 66th minute to complete his hat-trick and to ensure the 3 points were insured for his side.

Sharks eventually run away with the maximum points after emerging as 3-1 winners at home.

Arrest warrant issued for 10 recalcitrant motorists who snub...
48 minutes ago