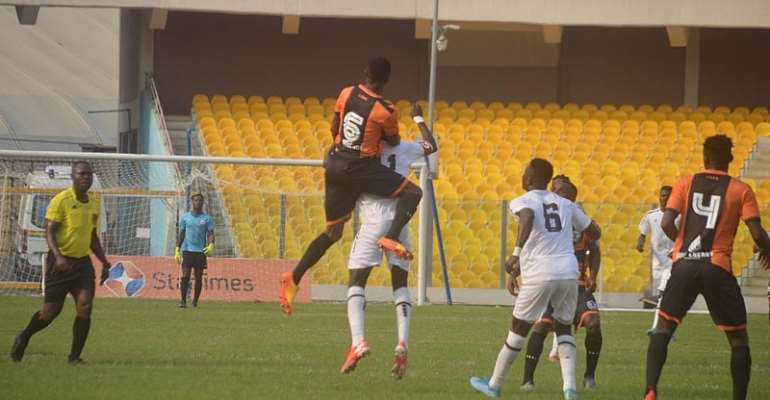 Inter Allies has drawn 1-1 with Legon Cities FC this afternoon at the Accra Sports Stadium on Match Week 9 of the ongoing 2019/2020 Ghana Premier League season.

The two top-flight clubs went into today’s encounter on the back of inconsistent runs and in need of a win to improve their respective position on the standings of the division.

Inter Allies who played as the home team on the Matchday started very well as they dominated play in their quest to take the lead. On the 13th minute, the Capelli Boys were awarded a penalty kick when Desmond Abuga was brought down in the 18 area of Legon Cities FC.

One of the League’s most prolific attackers of the Ghana Premier League, Victorien Adebayor stepped up and expertly converted to shoot his team into a deserved lead.

Despite coming in strong after going down, Legon Cities FC could not draw level and had to go into the break on the losing side.

In the second half, the Royals continued their quest to restore parity and finally got the breakthrough in the 70th minute. Dangerman Jabila Abdul Karim was presented with a fine opportunity from 12 yards and made no mistake as he netted his 3rd goal of the campaign for his side.

Neither side could grab the winning goal, forcing the capital derby to end in a stalemate at the end of the 90 minutes.

Free SHS Graduates Gather To Campaign For NPP
11 minutes ago