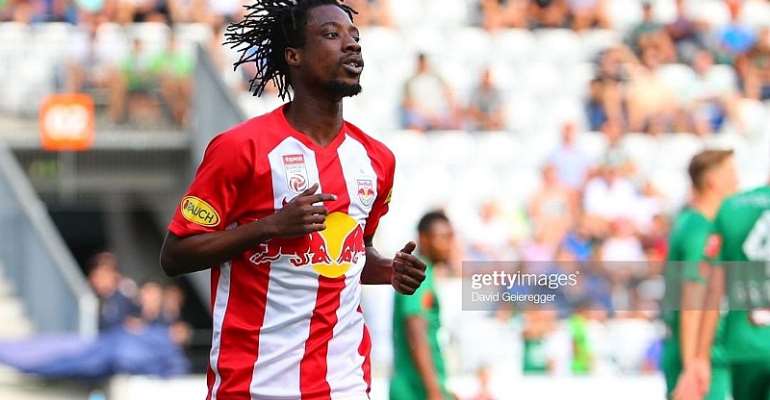 Majeed Ashimeru scored and provided an assist as RB Salzburg dispatched BW Linz 6-0 in a club-friendly on Saturday.

The Ghanaian international was at his quality best as he impressed the fans who thronged the stadium with his delightful and intelligent passes to create more scoring opportunities for his strikers.

Mergim Berisha shot the hosts in front after 13 minutes into the game before Sekou Koita nicely converted a penalty to give them a 2-0 lead three minutes later.

The former WAFA star, toppled his superlative display with a fine strike in the 39th minute as Salzburg went into recess with a deserving 3-0 lead.

Back from recess, BW Linz failed to map up any good strategy to stop RB from increasing their tally as Thomas Schiestl pitilessly struck on the 56th minute to snatch the fourth goal for his side.

Ashmiru again set up Karim Adeyemi to score in the 81st minute before Antonin Svoboda added one more in the 87th mark to record an emphatic 6-0 win over uninspiring BW Linz.

RB Salzburg’s next game will be against SKU Amstetten in the OFB Cup on February 9th before welcoming Samuel Tetteh’s LASK on 14th February at home in the Austrian Bundesliga.