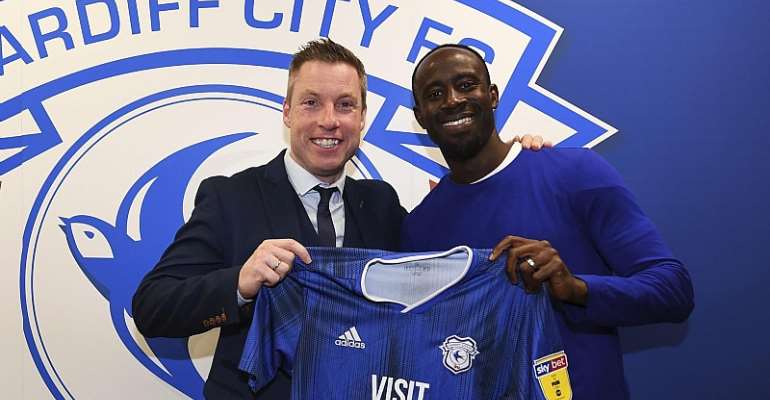 Cardiff City coach, Neil Harris says he is delighted with the arrival of Albert Adomah at the club.

The Ghanaian winger joined the club on loan from Nottingham Forest for the remainder of the 2019/20 season on transfer deadline day.

Speaking on the arrival of Adomah, he said, “I’m pleased to bring Albert to the club today.

"I wanted to bring in some Championship experience, and he certainly possesses that.

"He offers that know-how and has experience of being promoted from this division on more than one occasion.

"I know I’ve brought an excellent character into the group."

Adomah had largely been restricted to a substitutes’ role for the Reds, with 19 of his 27 appearances in the Garibaldi coming from off the bench.

He scored three times for the club, all of them coming back in August.