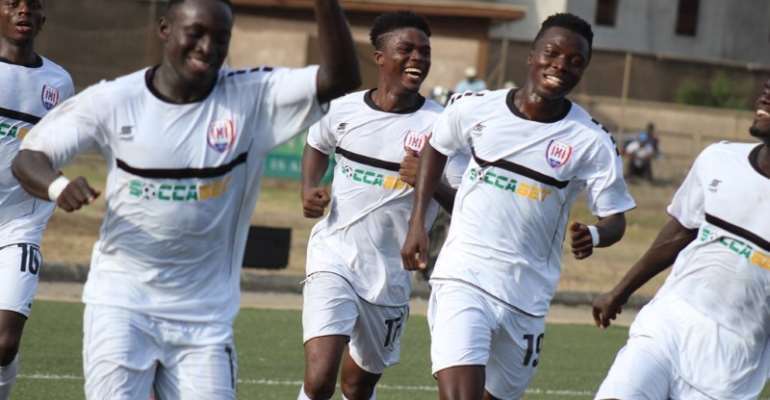 Inter Allies has posted a 4-2 win over King Faisal at the Accra Sports Stadium today to end a four-matches unbeaten run in the ongoing 2019/2020 Ghana Premier League season.

Prior to today’s encounter with the Kumasi-based side, Allies had played four matches without bagging 3 points. In that run of poor form, the Tema-based club had disappointingly lost three matches and drawn one.

Playing at home in a Match Week 7 fixture earlier this afternoon, Inter Allies put up a resilient performance to survive the scare of King Faisal to emerge as winners of a four-goal thriller.

Two goals from Victorien Adje Adebayor and Samuel Armah in the first half of the clash handed Inter Allies a two-goal lead to take into the break.

They returned from recess feeling complacent and allowed King Faisal to gain confidence. After 20 minutes into the second half, the visitors had equalized twice courtesy strikes from Osman Ibrahim and Mohammed Mustapha to restore parity.

Shocked and looking like they would go on to lose the match, players of Inter Allies were forced to play above themselves to try and score the next goal. After regaining control of the game, Samuel Armah and Michael Gyamerah scored five minutes to end proceedings to ensure Inter Allies won 4-2.

Courtesy of the win, the Capelli Boys are now two places above the relegation zone.