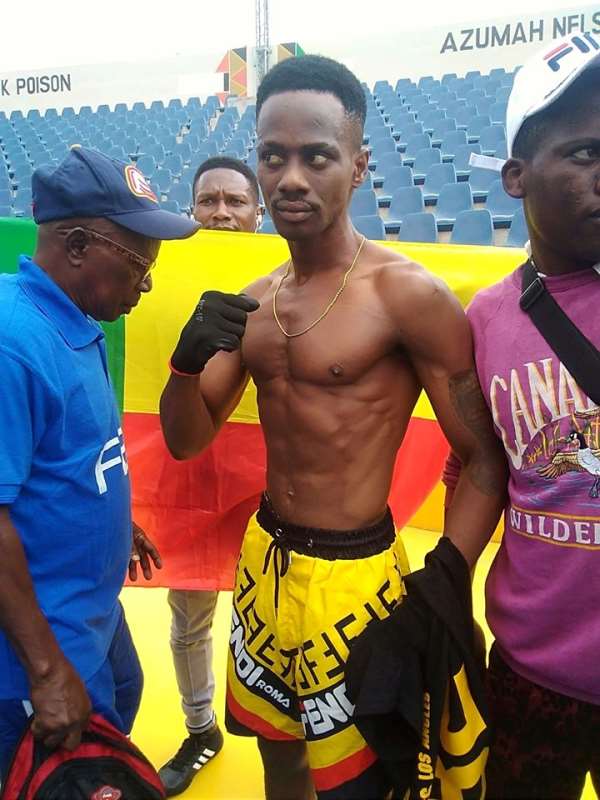 35-year-old John Amuzu of Benin with a record of 22 -1- 0 has vowed to win the WBO Global Super Bantamweight title on Friday night.

Also known as Petit Costo and called Ghislain Zinsou Vodounhessi at birth, he said he knows the boxing terrain in Africa and Ghana well so he will put up a good show.

Speaking to the media at the weigh-in towards the big fight on Thursday, he said he is not in Ghana to have fun or as a tourist, but here to win the WBO Global title.

The 170cm tall boxer who has trained in the USA and Mexico said he has prepared well for the fight and hopes to win.

Veteran Beninois boxing coach/matchmaker, Sylvanus Amoussou who accompanied Amuzu also repeated that they are in Ghana for business, and they will beat Wasiru Mohammed.

But the cool undefeated Ghanaian champion replied that the ring will decide because he is a lion and very hungry to devour a victim, so if Amuzu wants to be chopped, he will do the business.

Wasiru Mohammed asked his fans and supporters to come early and also be patient and disciplined at the Bukom Boxing Arena.