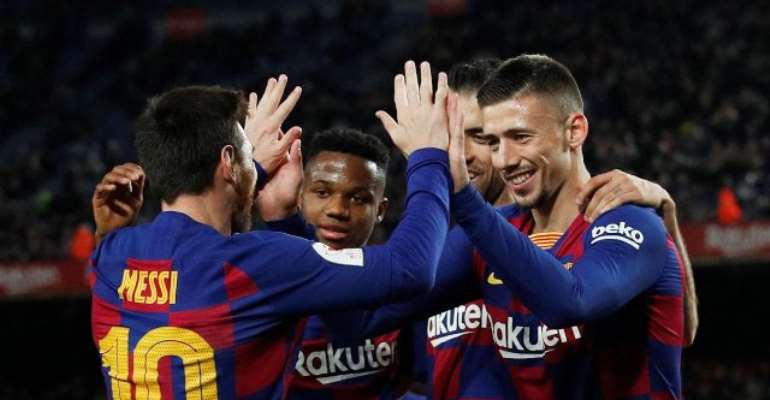 Lionel Messi bagged a brace and assisted another as Barcelona eased into the Copa del Rey quarter-finals with a 5-0 home win over Leganes.

Quique Setien came into this match having suffered defeat to Valencia on Saturday, with the new Barca manager’s methods coming under scrutiny, but this was a stronger performance from the Catalans.

It took them just four minutes to open the scoring, with Antoine Griezmann rolling a shot over the line after some neat build-up play between Messi and Nelson Semedo down the right. Clement Lenglet doubled the hosts’ advantage with a flicked header from a corner kick just before the half-hour mark.

It was 5-0 with just minutes remaining as Messi rounded the goalkeeper from an Ivan Rakitic through ball and sent a finish into the roof of the net. Barcelona now enter Friday’s draw for the quarter-finals of the Copa del Rey.