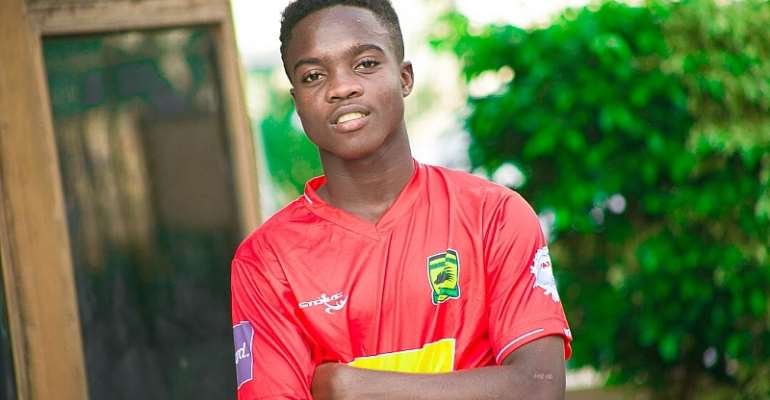 Sammy Anim Addo, the manager for Mathew Anim Cudjoe has confirmed that the teenager will gain full exposure in Ghana before he will move to Europe.

The 16-year-old who is turning heads on the local scene has been phenomenal since the 2019/2020 Ghana Premier League started and has subsequently been linked with a move to Europe to have trials with Barcelona, PSG, and Bayern Munich.

Speaking to Agoo FM on Mathew Cudjoe’s reported move to Europe, Anim Addo says his player will continue in the Ghana Premier League for a while to offer him the needed exposure.

“Matthew Anim Cudjoe will not go to Europe for trials, for now, he'll play in the GPL for a while so that he'll gain full exposure”, he said.

According to Anim Addo, there are foreign clubs after the highly-rated attacker but he is no rush to cash in on the player who has been described as a national asset by Asante Kotoko manager Maxwell Konadu.

“A lot of foreign teams are rushing me with money for the boy but I've turned them down because I'm not after money but the full development of the boy”, Cudjoe’s manager added.