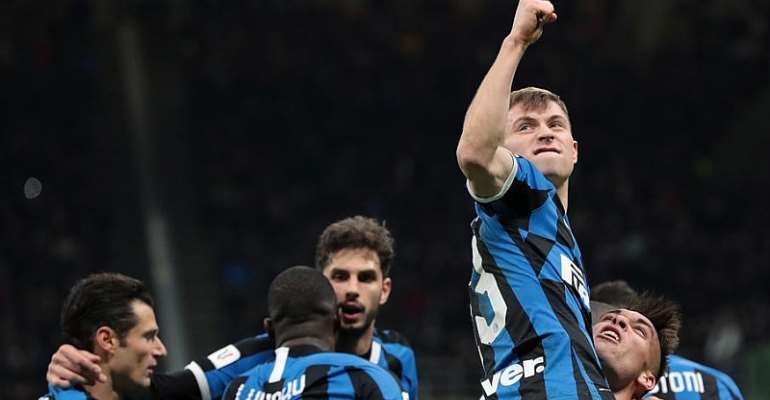 Antonio Candreva put Inter in front on the brink of halftime before a Martin Caceres header drew the visitors level on the hour mark.

But a blistering strike from Barella decided the quarterfinal as the midfielder raced onto a headed clearance to rifle in a low shot on the 67th minute.

The home crowd had further reason to cheer when Christian Eriksen came off the bench to make his Inter debut, one day after signing from Tottenham Hotspur in a reported €20 million deal.

Inter, who have won the Italian Cup on seven occasions but not since 2011, will face Napoli over two legs between February and March for a place in the final, against either Juventus or AC Milan.