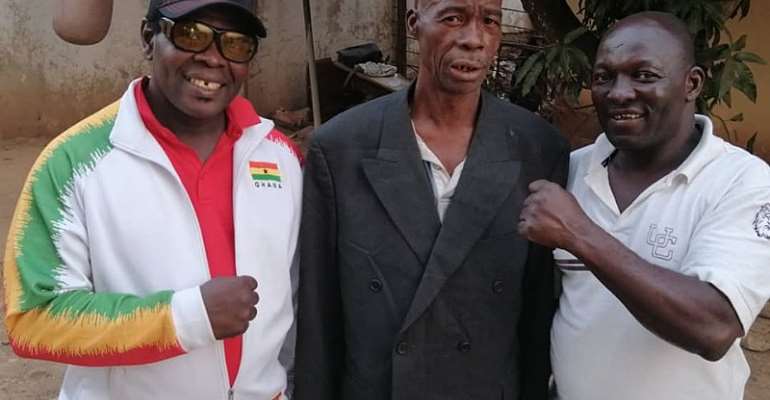 Coach Dr. Kwesi Ofori Asare, technical director of the Ghana Boxing Federation (GBF) has toured the Bono and Ahafo regions to familiarize himself with the situations on the ground as far as amateur boxing is concerned.

He was met by boxing official in the regions including former world bantamweight champion, Maxwell Konadu who briefed him and the problems they face.

According to the AIBA three-star rated coach, it was good the GBF decided to let him go on the outreach tour as he has seen the situation and they will try their best to solve the problems.

He expressed that it is just sad and pity that the boxers and coaches do not have the appropriate training equipment and urged corporate Ghana to support the boxing clubs.

He said as the second edition of the Bukom Fist of Fury is about to begin with the inclusion of the other regions, it is ideal that all the clubs start on a level ground but some of them are lacking so much.

He was however optimistic that the petty problems will be solved.

He noted that there are talents in the regions who must be supported but the major issues are lack of modern boxing kits and equipment and organization of bouts.

Meanwhile, the technical director has taken a break in the tour to organize a coaching refresher course trainers at the Accra Sports Stadium on Monday and Tuesday.