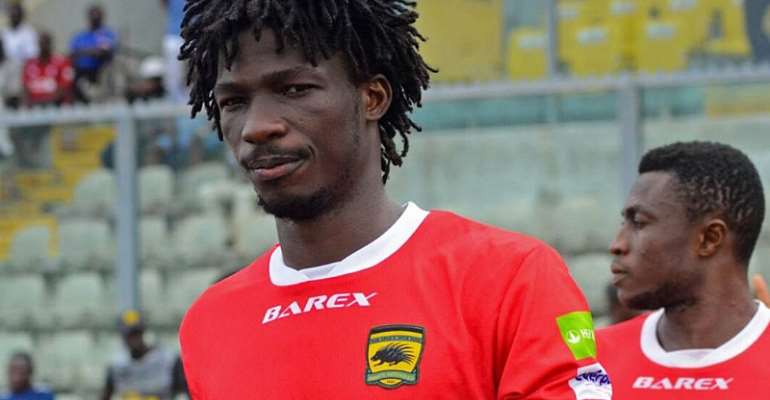 Kumasi Asante Kotoko are on the verge of losing their marksman, Songne Yacaouba, after contract negotiations with the Porcupine Warriors fell through.

While the player is demanding a $150,000 for his contract extension, Kotoko consider the asking fee too much and are ready to splash out only $40,000, a figure the player’s agent described as an insult to the player.

Months ago, South Africa’s Orlando Pirates were linked to the talented forward but appeared to have backed off after Kotoko threatened to report Pirates to football’s world governing body FIFA for allegedly inducing a player under contract. But the player’s agent Jesse Jantuah told the Graphic Sports that the Burkinabe star would not renew his contract when it expires at the end of next month.

Jantuah admitted to the Graphic Sports, in an interview yesterday, that talks with Kotoko had broken down because the $40,000 they sort to offer his player was a clear insult to them.

The amount, according to Jantuah, had forced them to back out of the deal because it did not meet their asking price and he would, therefore, be leaving the club during the transfer window.

He confidently gave an assurance that the bulky striker was on his way out of the Kumasi-based club except that they were only waiting for his contract on the Competition Management System (CMS) to expire in February 23.

However, checks indicate that even though Yacouba’s contract on FIFA’s CMS is due to expire on February 23 that on GFA’s was due to expire on April 1, a development which is likely to draw daggers between the player and the club.

The 28-year-old forward, who joined Kotoko about two seasons ago, has been credited with adding some force to the attack of Kotoko.

The player with dreadlocks was yet to hit the back of the net for the Porcupine Warriors this season but has scored some important goals for them in the previous seasons and in other competitions.