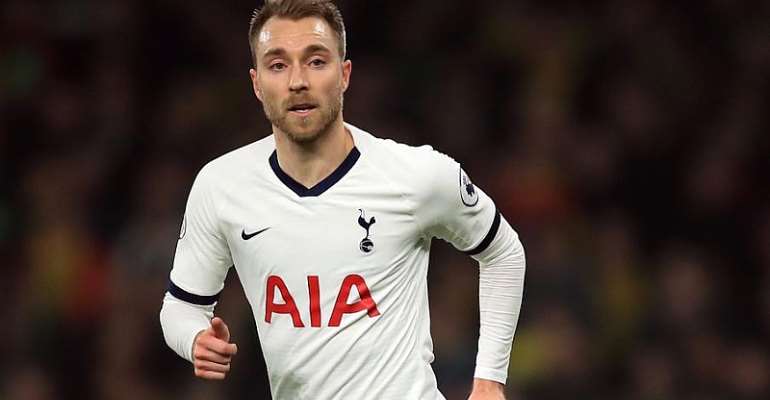 Danish international Christian Eriksen is poised to complete a move from Premier League club Tottenham to Serie A side Inter Milan, according to reports in Italy on Friday.

Eriksen will have a medical in Milan early next week before signing a contract until 2024 worth 20 million euros ($22 million) including bonuses, Sky Sports Italia and Gazzetta Dello Sport reported.

The final details have to be ironed out with the 27-year-old midfielder expected to be available to Jose Mourinho for Tottenham's FA Cup fourth round match Saturday at Southampton.

Eriksen joined the Premier League club in 2013 from Dutch side Ajax and has six months left on his contract.

Chinese-owned Inter Milan are pushing to return to the top of European football, having not won the league since Mourinho lead them to an historic treble in 2010.

Eriksen should slot into a position behind strike in-form duo Lukaku and Lautaro Martinez.

With Tottenham he has scored 69 goals in 305 games, including three this season, and 31 times in 95 matches for the Danish national team, who have qualified for Euro 2020.

Inter are second in Serie A, four points behind Juventus, and play Cagliari on Sunday.