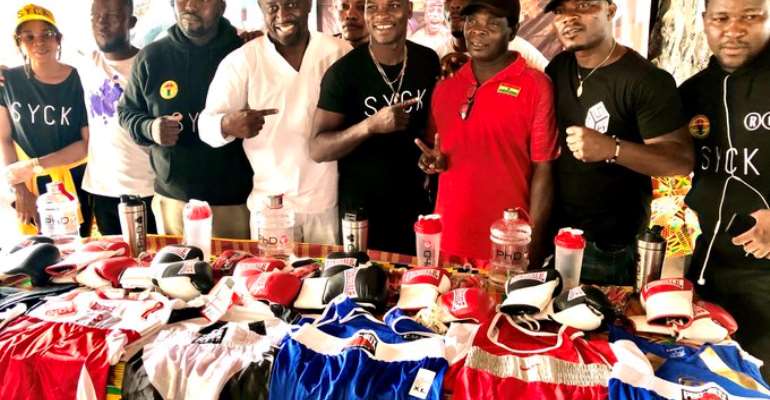 He said the gesture will motivate the boxers who are preparing for the Bukom Fist of Fury Boxing League and the qualification to the 2020 Olympic Games in Dakar, Senegal in a few weeks time.

He appealed to other Ghanaians who want the nation to win more medals at an international competition and produce quality world champions to support the national team.

CEO of Streetwise Foundation Michael Amoo-Bediako and Richard Commey were at the MJ Grand Hotel in Accra Ghana during the launch of the second edition of the Bukom Fist of Fury Boxing League and Pro Fight Championship to hand out boxing equipment to the National Amateur Boxing Team.

On behalf of the Streetwise Foundation, he also thanked all that have donated to the cause and especially boxfituk who over the years have always supported the boxers.

The event was covered by many TV stations and live news channels as well as social media platforms across the world.