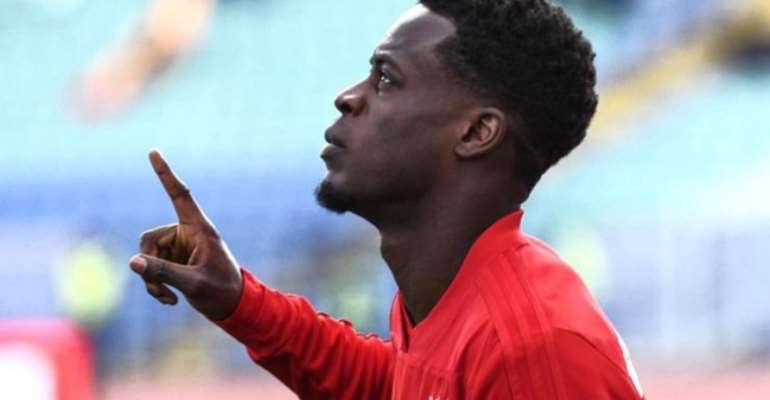 Ghana winger, Edwin Gyasi has been named in CSKA Sofia squad for their winter training camp in Spain.

The 26-year-old has been linked with a move away from the Balgarska Armija Stadion since returning from an unsuccessful loan spell at American side FC Dallas.

Despite the highly-rated winger being linked to several clubs in the winter transfer, coach Milos Kruscic has named the 28-year-old speedster in his squad for their mid-season training camp in Marbella, Spain.

CSKA Sofia — who departed from Sofia on Sunday — are scheduled to engage in a friendly encounter against German side FC Nuremberg on Tuesday.

The Red and White lads will hope to use the trip to sharpen their rough edges before their crunch league clash against rivals Levski Sofia on February, 15.

Below are names of players included in the trip;