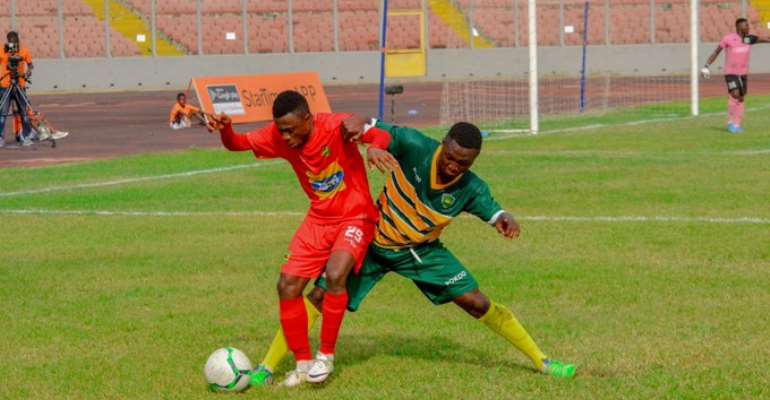 Kumasi Asante Kotoko has recovered from its defeat in midweek to record an important 2-0 win against struggling Ebusua Dwarfs on Match Week 5 of the 2019/2020 Ghana Premier League season.

The Porcupine Warriors went into the encounter determined to snatch defeat from the opponent especially after coming from a defeat against Medeama SC in midweek.

Maxwell Konadu’s men proved the better team in the early parts of the first half and were awarded a penalty on the 15th minute. Star-man Sogne Yacouba stepped up to take the resulting spot-kick but saw his effort saved by goalkeeper Razak Issah.

Compact defending from Ebusua Dwarfs from there on helped the side to go into the break without conceding and with a good chance of getting a point at the end of the match.

Up next for Asante Kotoko, they prepare to face bitterest rivals Accra Hearts of Oak next weekend when the league enters Match Week 6.