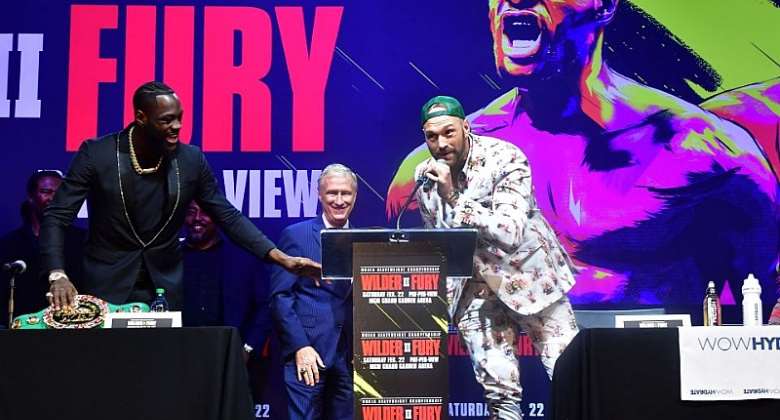 Tyson Fury and Deontay Wilder both made bold promises at the first press conference ahead of their February 22 rematch.

The heavyweight pair renewed acquaintances on Monday in LA, with Fury declaring a two-round knockout is on the cards after Wilder claimed he plans to rip the Brit’s head off of his body.

“I will do exactly what I said I would do. I’m gonna knock him out,” Wilder stated.

“And come Febuary 22 we’re gonna rip his head off his body, remember I said that.

“I’m gonna knock you out the ropes so you can really feel a WWE moment in real life.”

Fury later hit back: “I wanna meet him head on, ‘mano a mano’ in the centre of the ring.

“Let’s make it a Tommy Hearns vs Marvin Hagler type of fight.

“I’ll meet you Deontay in the middle of the ring, February 22, I won’t be running, you won’t have to look anywhere for me.

“Just watch out for the right hands because you’re going to sleep in two rounds.”

Fighting your husband's side chicks is wrong; you could even...
56 minutes ago